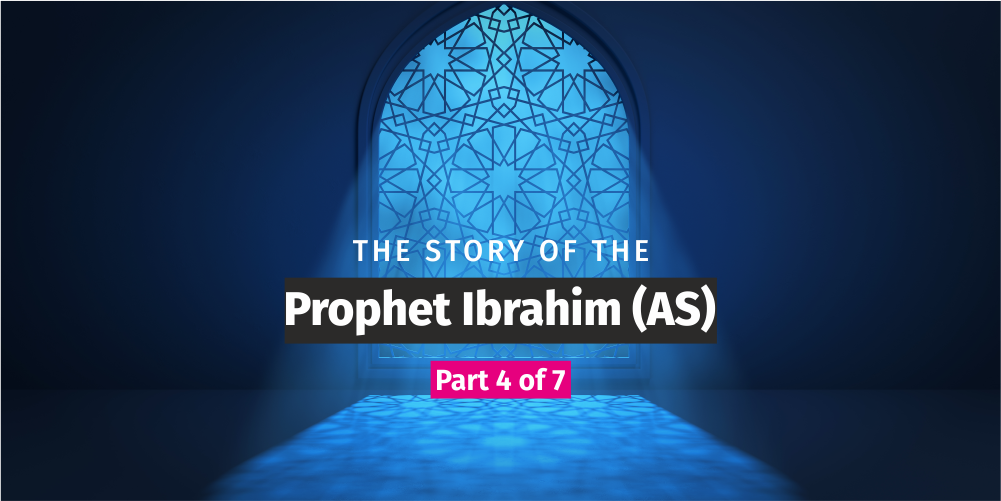 Hajar (as) is stuck in a barren land with no food or water, and a baby that she has to take care of. She has trust in Allah (swt), but she must do something to find help. Little does she know what Allah (swt) has in store for her. Continue to read Part 4 of this seven-part series to find out what happens.

Ibrahim's (as) second wife, Hajar (as), gives birth to a boy called Ismail (as). But not too long after giving birth, Ibrahim (as) takes them to a valley and leaves them there. There is nothing here - no food, water, or people. Hajar (as) is by herself with his baby boy Ismail (as), and somehow they must survive by themselves.

Hajar (as) runs out of food and water

Eventually, the food and water ran out. Hajar (as) and her son were thirsty and hungry, and soon Ismail (as) was crying and tossing in agony. Desperate to find some water, Hajar (as) ran to a nearby hillock (small hill) and looked over it to see if she could spot anyone or any signs of water. She failed to do so. There was another hillock not far away. She ran to that one, climbed it, and looked over. She couldn't see any signs of anyone who could help her. She ran between these two hillocks a total number of seven times, each time praying to Allah (swt) that she managed to find something. Later, these two hillocks became known as As-Safa and Al-Marwa.

Hajar (as) first went up As-Safa and made seven journeys between it and Al-Marwa. When she reached the end of her seventh short trip between the hillocks and was at the top of Al-Marwa, she heard a voice. She shouted out to see if the person responds, but did not hear a reply. She looked around and to her amazement, she saw an Angel not too far from Ismail (as) digging into the ground. At the place where the Angel was digging, water was starting to emerge, and soon enough it started to flow out fast. Hajar (as) didn't want to lose any of the valuable water, so she quickly started to build around it to control it. This water was later named Zamzam. The Prophet Muhammad (saw) commented on this:

"May Allah bestow mercy on Ismail's mother! Had she let the Zamzam flow without trying to control it (or had she not scooped in that water) while filling her water skin, Zamzam would have been a stream flowing on the surface of the earth." The Prophet Muhammad (saw) further added, "Then she drank (water) and suckled her child. The Angel said to her: 'Do not be afraid of being neglected, for this is the site on which the House of Allah (Al-Ka'bah) will be built by this boy and his father, and Allah will never let neglect His people.' (Sahih Al-Bukhari)

Hajar (as) and Ismail (as) have visitors

Some while later, a group of travellers from a tribe called Jurhum were passing by and they noticed a kind of bird in the sky that had a habit of being near water. They tracked the bird and managed to find the source of where the water is. When they reached there, they only found a woman and her child. They could have easily taken over the water, but the du'a made by Ibrahim (as) was that people who were loving and caring come to his wife and child. Allah (swt) accepted this du'a and these people had no ill intentions. They sought permission to stay there and Hajar (as) agreed, on the condition that they do not possess the water and that it belongs to her. It was a bold move, but the travellers agreed.

The people of Jurhum came from Yemen and spoke good Arabic. This kind of Arabic was taught to Ismail (as), and this Arabic was passed down through the generations and was the dialect spoken by the Quraysh.

Here are a few important lessons that we can learn from the story of Hajar (as) from this part of her life: