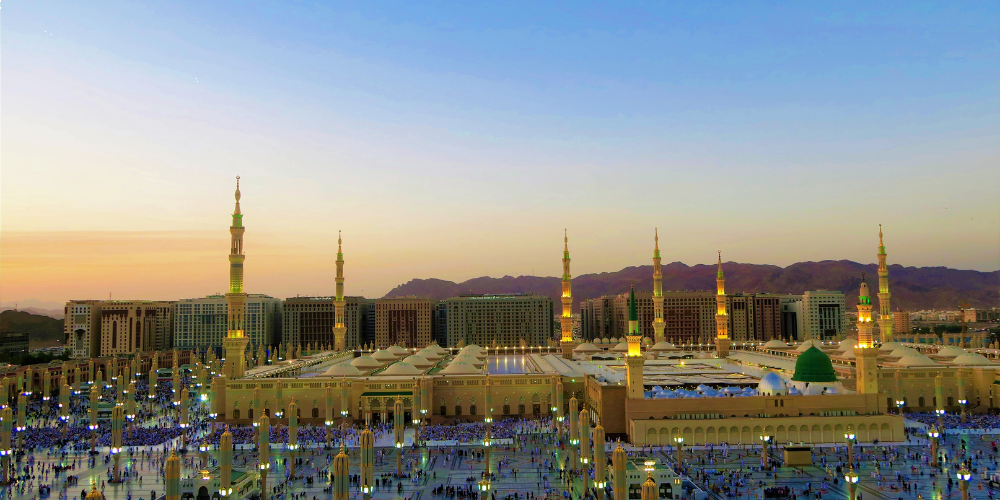 The Islamic calendar is different from the Gregorian calendar, but what is its history and how did it come about? And why is Muharram the beginning of the Islamic year? Read more to find out.

The Islamic year consists of twelve months just like the Gregorian calendar, but it is approximately two weeks shorter. The Gregorian calendar is based on a complete orbit of the Earth around the Sun, whereas the Islamic calendar is based on the lunar phases. This means that whenever there is the sighting of a new moon, Muslims will consider the next month to have started. The days in each month can be 28, 29, or 30, but never more than that.

The Arabs used to remember years by significant events

Since there wasn't any proper record keeping of time, the Arabs used to use significant events as a marking for that year. For example, when Abraha marched from Yemen to destroy Al-Ka'bah with elephants, a miracle happened. Birds flew over them and pelted them with stones. It was a miracle that without the Quraysh of Makkah having to fight for Al-Ka'bah, Allah (swt) sent these birds to destroy the army of Abraha. This year was known as the Year of the Elephants.

Similarly, when the Prophet Muhammad (saw) lost his wife and uncle in the same year, he was in deep sorrow. This was known as the Year of Sadness, as two of his main helpers, and supporters passed away. His beloved wife used to provide him with the financial means to carry out his mission, whilst his uncle would give him physical support and protection against any enemies wishing to harm him.

The memory of an event and when it happened, therefore was not detailed enough for a calendar, since significant events didn't always happen.

The issue of months

The other issue was not knowing when certain agreements should end. For example, if someone was to agree to return an item in Muharram, it didn't specify which Muharram it was to be returned. Is it the upcoming Muharram, or the next? As the Muslims expanded into far regions and the Ummah grew, it was becoming difficult to do trade or make agreements without full details.

These issues came to light during the reign of Umar ibn Al-Khattab (ra) when he was the Khalifah. He debated with his counsel regarding these issues and so they agreed first they need to sort out the issue regarding the years. They would need to count the years, but when should it start?

There were a few opinions regarding this, such as starting from the year the Prophet (saw) was born, or the year that he passed away. But the prevailing opinion was that it should be when they did Hijra.

Hijra (emigration) was when the Muslims migrated from Makkah to Madinah. They left their wealth and belongings, and in some cases family, just so that they could be somewhere that they would be accepted. In their current city of Makkah, it was becoming hostile and unbearable for many Muslims undergoing persecution. The Prophet (saw) had managed to agree with two tribes of Madinah who were willing to take the Muslims in, that the Muslims will live among them.

The Hijra also is important in that it was the first time the Muslims can establish themselves properly and start developing themselves with structure. The first Islamic state was established when migrating to Madinah, which paved the way for the spreading of Islam throughout the World. Therefore, we can appreciate its significance.

Why does the Islamic year start in Muharram?

There were again several opinions on which month the Islamic year should start. Some said Ramadan as it was the month of fasting in which a lot of worship was done. But the opinion that all agreed on was Muharram. The month before Muharram is Dhul Hijjah and it is the month in which millions would come to Makkah to perform Hajj. Since Hajj expiates the sins of the pilgrim, it is of great significance to be a new beginning, a fresh start. With this thinking, Muharram was to be the first month in the new Islamic calendar.

How can we make the most of the new year?

Just as many will make new year resolutions in January, Muslims should make new resolutions in Muharram. Allah (swt) has blessed us with another opportunity to see another year start, and no one knows when our lives will end. Muslims understand that our lives are in the hands of Allah (swt), and this in itself should help to encourage make the most of our time.

One of the things we can do is to make better use of our time. How long did we spend watching TV or focusing on work? How much time do we give to our family? How much time do we spend on ourselves to improve our health? Do we give Allah (swt) enough time to worship Him the way He should? Do we take a little time out each day to learn a little more about Islam? The fact of the matter is that the more we spend chasing our vain dreams and enjoyment, the more valuable time we are using up.

Muharram should be a time of reflection on our past and what our aims are for the future. We should learn from the past, the mistakes as well as the good things, and use it to have a plan going forward, both Islamically and Worldly.

One of the things that we can do in Muharram is to consider how much charity we are giving. How about setting a small direct debit up rather than paying in big lump sums in Ramadan? It can help spread the cost over the year and we can help more people around the year rather than in just a few months. Visit our projects to get more information.