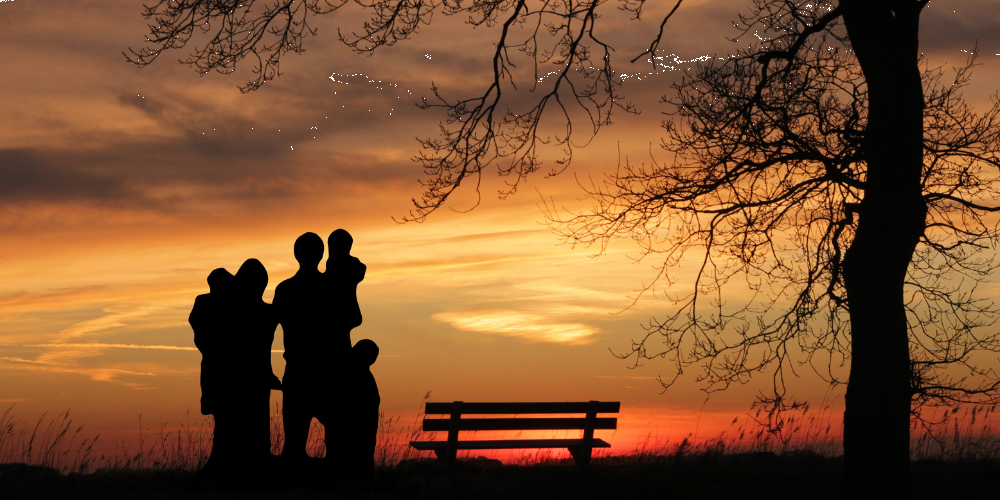 Part 2 of the "Aspiring for the Prophetic Character" series continues from Part 1, which you can read here.

This part focuses on how Prophet Muhammad (saw) used to be with the people around him and how he cared for them. He was concerned about everyone individually and attempted to engage with everyone. He was neither nosy nor did he show that he didn't care.

The Messenger of Allah (saw) had the best character and embodied the purity and humility of one that we should all aspire to. We have put together five Ahadeeth (narrations) from Prophet Muhammed (saw) on how he used to be with the people around him, and how we should also aspire to be like him too.

Friendships and understanding one another when no one else can

Abu Sa`id Al-Khudri narrated: Allah's Messenger (saw) addressed the people saying, "Allah has given the option to a slave to choose this world or what is with Him. The slave has chosen what is with Allah." Abu Bakr wept, and we were astonished at his weeping caused by what the Prophet (saw) mentioned as to a Slave ( of Allah) who had been offered a choice, (we learned later on) that Allah's Messenger (saw) himself was the person who was given the choice, and that Abu Bakr knew best of all of us. Allah's Messenger (saw) added, "The person who has favored me most of all both with his company and wealth, is Abu Bakr. If I were to take a Khaleel other than my Lord, I would have taken Abu Bakr as such, but (what relates us) is the Islamic brotherhood and friendliness. All the gates of the Mosque should be closed except the gate of Abu Bakr." (Saheeh Al-Bukhari)

The second part to note in this hadeeth is how Abu Bakr (ra) starts to weep after hearing the words regarding the choice that he took between the World and Allah (swt). What had happened in this instance was that Prophet Muhammad (saw) had been asked by an Angel if he wanted to stay in this World or to return to Allah (swt) (i.e. death). He chose death so that he could meet with Allah (swt) as he considered Allah (swt) to be his closest friend. But he also mentions how close Abu Bakr (ra) is to him. Abu Bakr (ra) is reciprocating the love for his beloved Messenger (saw).

How amazing it is to see how much the companions such as Abu Bakr (ra) loved Prophet Muhammad (saw). It's hard to understand just how much he meant to all of them. It was through Prophet Muhammad (saw), that the Muslims realised the reality of the World. Through him that they left the darkness that they were in, and struggled into the light. In the hadeeth, it mentions how the other companions could not interpret what Prophet Muhammad (saw) was meaning to say. But it was the friendship and understanding of two close friends, that Abu Bakr started to weep because he understood what his beloved friend was saying.

The love of others for Prophet Muhammad (saw)

It is also important to mention that this companion was a practising Muslim. He just didn't have the same deeds as some of the other prominent companions. It didn't mean that he was sinning or missing out on important worship. Therefore it is important that we not only do our worship to the best we can, but we also should do it in the sincerity of love for Allah (swt), His Messenger (saw), and the companions (ra).

During one of the Ghazawat in which Allah's Messenger (saw) was fighting, none remained with the Prophet (ﷺ) but Talha and Sa`d. (Saheeh Al-Bukhari)

In the West, we see on TV many documentaries, drama series, and movies about WWI and WWII. Stories of struggle, fighting, loyalty, friendship, and brotherhood. On the ground in battle is where friendships can be kindled and become brotherhood. In the above hadeeth, it mentions that during a battle (Battle of Uhud), no one remained with Prophet Muhammad (saw) except these two loyal companions (ra). This is not to mean that others fled, but it shows their love for Prophet Muhammad (saw) as they were keen not to leave his side for a single moment so long as they were breathing. These two companions are among the ten best companions. They earned it by putting their lives on the line for Allah (swt) and His Messenger (saw).

Sa'd said: On the day of the battle of Uhud the Prophet (saw) mentioned for me both his parents (i.e. saying, "Let my parents be sacrificed for you."). (Saheeh Al-Bukhari)

It was a saying of love to say to someone "may my mother be sacrificed for you" or "may my father be sacrificed for you". It was used as a means of either emphasising the care someone has or as a way to show just how heartfelt something was. It wasn't in a literal sense, but it was something that was clearly understood in those times. It was not something that you would say to someone you didn't care for or someone you hated.

Narrated Ibn `Abbas: Once the Prophet (saw) embraced me (pressed me to his chest) and said, "O Allah, teach him wisdom (i.e. the understanding of the knowledge of Qur'an). (Saheeh Al-Bukhari)

One thing you will never see from those in power or authority is that any will engage without protocol. Kings, Queens, Presidents, etc, won't have their hands shaken by normal people let alone being embraced or hugged. The elite can show this love to the elite, and the commoners will show this love to the commoners. Prophet Muhammad (saw) felt only love for all people. He cared for everyone with sincerity. Not only did he embrace and hug, but he also kissed children, and showed kindness to the elderly. No other man to walk this Earth was like him. It is no wonder that he was loved and will be continued to be loved by billions of Muslims around the World.

These are just some of the many examples of the Prophetic character. How much of this character have we attempted to adopt in our lives?