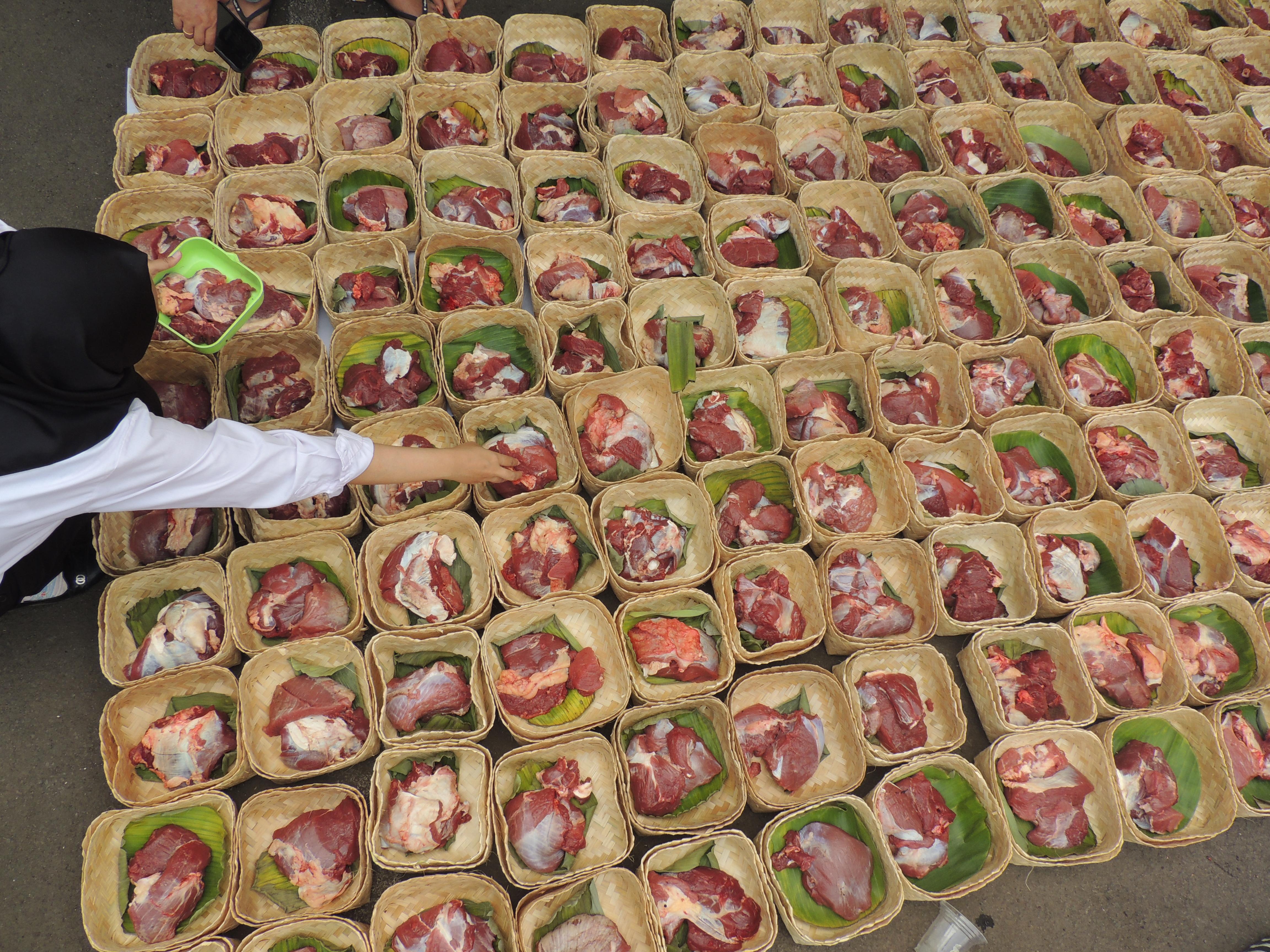 Qurbani is the festival of sacrifice and entails slaughtering an animal in recognition of Prophet Ibrahim’s (AS) devotion to Allah (SWT) during Dhul Hijjah.

To honour Prophet Ibrahim’s (AS) devotion, Muslims observe Qurbani whereby each eligible person sacrifices an animal and divides it into three shares. There are strict rules surrounding how to distribute Qurbani meat which every Muslim should be aware of.

Before Qurbani meat can be distributed, animals must first be selected. The animals that are suitable for sacrifice are typically chosen in relation to the location the slaughter is going to take place and in accordance with the local diet. For example, cows are commonly sacrificed for Qurbani, but in India, buffalos are sacrificed instead of cows.

A Qurbani is one small animal sacrificed but larger animals can be used to equal seven Qurbani shares. Suitable Qurbani animals include:

All animals should be in good health to ensure the meat is of good quality. It was the Sunnah of The beloved Prophet (SAW) to choose the fattest and healthiest animal and we at ILM follow this practice when choosing an animal. This means Qurbani animals should:

Animals that meet the above criteria are suitable for Qurbani and may be sacrificed. It is then important to understand exactly how Qurbani meat should be distributed.

How Do You Distribute Qurbani Meat?

Qurbani should be shared out in three ways:

Some animals are worth more shares, e.g. camels/cows are worth seven shares. For this reason, Qurbani may be given as a collective act between seven people if a larger animal is chosen. This means entire households may make one donation but if a share in a large animal is selected, we combine your Qurbani with other donors and distribute the Qurbani accordingly.

Whilst only those who meet the Zakat threshold are required to give Qurbani, it is customary for parents to donate on behalf of children who do not yet meet the threshold. This way, everyone is blessed and rewarded, but more people in need can benefit from the donation too.

How to Give Qurbani

It is traditional for Muslims to make the Qurbani slaughter themselves, although this is not always possible. For example, Muslims living in the UK must abide by domestic slaughter rules which state that animals must be slaughtered in a certified abattoir. ILM supports communities around the world and will carry out Qurbani on your behalf.

When you donate Qurbani to ILM, we will purchase an animal and sacrifice it for you. You will receive the rewards associated with Qurbani, but you need not do the sacrifice yourself, and all the meat will go to those who are in need of support, so that they may join in with the Eid al-Adha celebrations.

We will ensure that Qurbani is carried out following the Eid prayer on the 10th day of Dhul Hijjah and that your animal is slaughtered before sunset on the 13th day of Dhul Hijjah. We would recommend donating as early as possible, but if you donate on the second or third day of Eid al-Adha, your donation will still count because we actively purchase animals specifically for Qurbani in preparation for the event, and the big Eid celebrations.

Make your Qurbani donation in honour of Prophet Ibrahim’s (AS) act of devotion to Allah (SWT) by giving your Qurbani to ILM and supporting communities in need. Qurbani meat distribution will be carried out on your behalf.