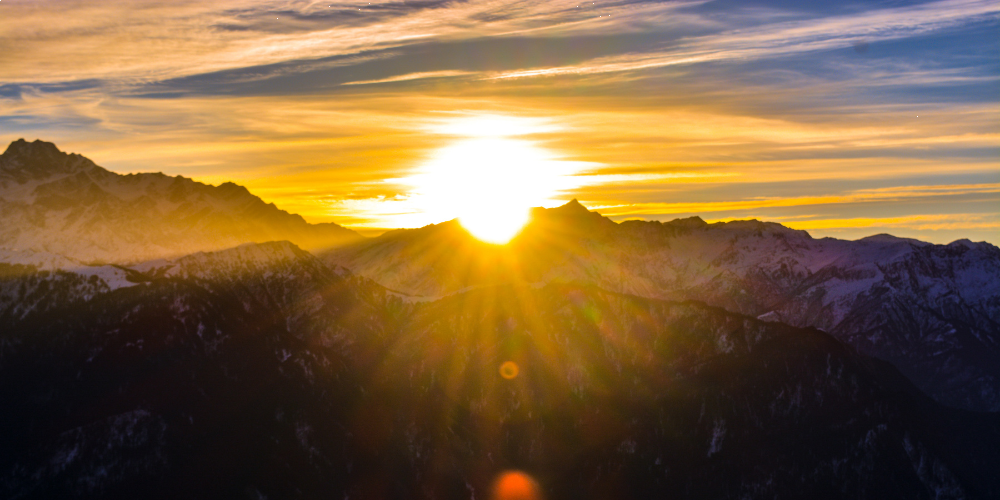 One of the names of Prophet Muhammad (saw) is Al-Mustafa which means the Chosen One. Allah (swt) chose him to carry the burden and teach the Final Message, the Final Revelation, the most important verses to be revealed.

He (saw) was chosen from the best to be the best and elevated to the rank which is high above everyone else. His rank cannot be compared, and neither can it be achieved by anyone, no matter how hard they may try. This is Prophet Muhammad (saw), the Final Messenger, the Chosen One.

As we know, for Allah (swt) there is no such thing as past, present, or future. Time is something that we as humans require to be able to make a distinction between when something starts and finishes, and when something begins and ends. Allah (swt) is Time. He created it and for Him, there is no difference. In the 'beginning' before all creation existed, Allah (swt) - in His Infinite Knowledge - already has plans for what is to come. He knows what is to happen, who will be doing what, and what our outcomes would be. Would we be of the people who make Him pleased with us, or are we of those who will make Him angry? Whatever the outcome, He already knows. So it is our belief, that before the creation was created, Allah (swt) had already planned that Prophet Muhammad (saw) will be the best of the best, the Final Messenger.

To appreciate this further, it's quite interesting to know about how he (saw) was born. Prophet Muhammad (saw) was born in the Year of the Elephant. In the pre-Islamic period, the people used to use significant events to give an approximate period for things. So they would name that year based on that significant event so that everyone can refer to it. The Year of the Elephant was when Abraha, the King of Yemen and a Christian, set course with his army to lead his version of a crusade and destroy Al-Ka'bah in Makkah. Abraha made his own version of Al-Ka'bah, but it was desecrated by someone. Angered by this, Abraha led an army of men and elephants to Makkah to take revenge and destroy Al-Ka'bah which was at the time a place of worshipping idols. However, Allah (swt) protected Al-Kabah since it had and will always have significance. It was built by Ibrahim (as) and his son Ismail (as) and was to become the center of Tawheed for billions of Muslims in the future.

Unfortunately, Prophet Muhammad's (saw) father, Abdullah bin Abdul Muttalib, passed away before Prophet Muhammad (saw) was born. His mother Aminah bint Wahb mentioned how her pregnancy was the lightest of all pregnancies, and during birth, there was a light shining so bright, that it reached As-Shaam (modern-day Syria and nearby regions). The very fact that Aminah had a light pregnancy indicates that the blessings and mercy of Allah (swt) were arriving. A child who will signify greatness in all aspects was going to be born, a child who is destined to be the Chosen One.

Prophet Muhammad (saw) is looked after by Halima As-Sa'diyyah

The Arabs knew that cities and towns were not healthy places to be. The fast-paced environment, the exposure to people from different regions, the pollution, noise, and the mixing of language and culture, affected the upbringing of a child. Arabs wanted that their children maintain pure Arab culture from their region. So one of the customs at the time was to send children to be looked after by others who lived in the desert and fed off the land. They lived very simple, but harsh lives. That was another reason for parents, as the difficult lifestyle of farming, heat, and hard work made their children grow stronger.

Halima was from the tribe of Banu Sa'd, so As-Sa'diyyah means that she is a female and belongs to this tribe. This was one of the ways that Arabs could identify others. Halima, as well as a lot of other families, used to come to Makkah every year, and take children with them. It was a source of income for them, as the richer people of Makkah could afford to pay for this temporary fostering. Halima mentioned that all other women who came to Makkah had a child, but none of them accepted Prophet Muhammad (saw). Since Aminah was a single mother, they all thought that she would not be able to pay for the costs of her child being looked after. Halima also couldn't find another child to take in, but she decided, whatever happens, payment or no payment, she will take Prophet Muhammad (saw). At the time, Prophet Muhammad (saw) was only a baby.

Halima also mentioned that her own child had been crying at night because of the lack of milk and her ability to provide it. The minute she picked up Prophet Muhammad (saw), she immediately felt herself getting full of milk. That night, she was able to feed Prophet Muhammad (saw) as well as her own child, and that was the first night after a few nights that her child slept well without crying. This is another miracle that happened from the blessings of Allah (swt) upon His most beloved, that even the people around him as a baby would also be blessed. Even the donkey that Halima rode on, which was the weakest and slowest of them all, suddenly because the quickest, and reached back to her home before all the others did too.

This event actually happened again much later in his life. The Angels take the heart out and wash it in a gold basin filled with the water of Zamzam. It is an amazing miracle in itself that the heart can be removed and re-inserted, but this was all part of the Protection of Allah (swt) to keep Prophet Muhammad (saw) on a pure path. Allah (swt) paved the way for His Messenger to become the best of the best. His character was unrivaled by no one in the history of creation.

So the Chosen One, Al-Mustafa, was not chosen at a specific part of his life. He had always been chosen, right from the beginning. He (saw) was to become the pillar of Tawheed (Oneness of Allah (swt)), and a true example for all of us to follow. There are many more miracles during the childhood of Prophet Muhammad (saw). Knowing about them, knowing about Prophet Muhammad's (saw) life, knowing how he was as a child, adult, father, and husband, all help us to appreciate him as an individual, as a Prophet, as a Messenger, and most importantly, as the role model we look towards so that we can become like him, and be of those who Allah (swt) loves.

Spare a moment to think about the children who are suffering right now in Pakistan. They are starving and need your help. Some are already orphans, and some have become orphans. By donating to ILM, we can help these children have a better chance of stability in the future. Please donate today.