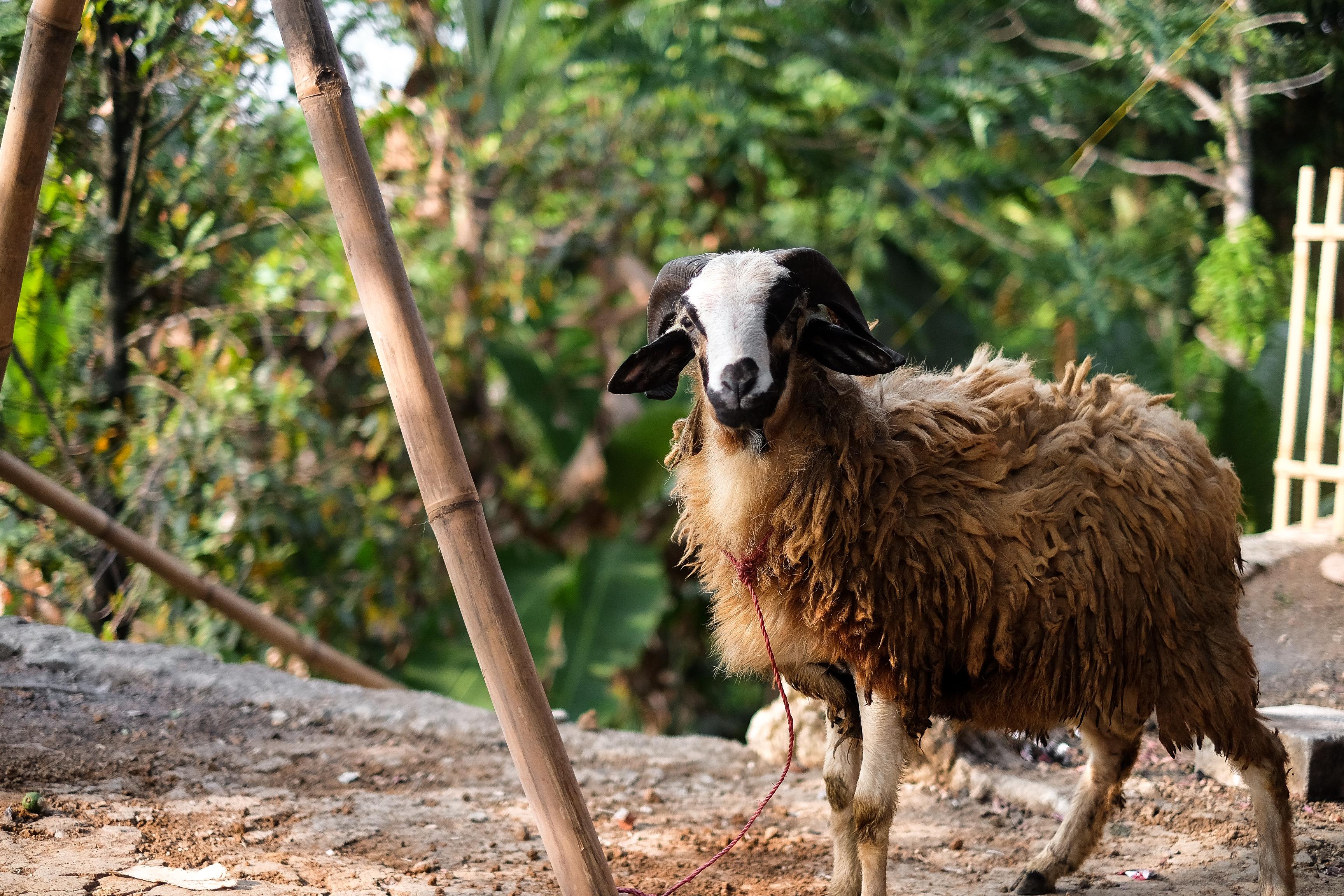 As we approach Eid ul-Adha and our thoughts turn to Qurbani, there may be questions about how vegetarians and vegans can celebrate as well.

Millennials and Gen-Zers as a whole are becoming increasingly vocal about their commitment to sustainability and preserving the planet. Vegetarianism and Veganism are a major part of that – both in terms of compassion for other living creatures, but also in terms of the impact livestock farming has on the planet.

These changing thoughts and ideas create an inevitable conflict in what is perceived as the true and correct way to do Qurbani, which can lead to arguments and upset across the generations in many families and communities. Younger Muslims who have chosen to stop eating meat have reported being shunned by friends and family members for their choices. Others, however, have talked about how their choices have opened up opportunities for debate and conversations with their families, leading to a deeper understanding of the issues overall, and a deepening of mutual respect for individual choices within the teachings of Islam.

Can a Muslim be a vegetarian?

In a word, yes. If a Muslim decides to become a vegetarian for personal reasons, such as not liking the taste, or having compassion for animals, with the understanding that only Allah (SWT) can prohibit or permit it, then vegetarianism and veganism sit comfortably within Islam. Where it is not possible, is if the individual makes the decision to restrict meat from their diet for religious reasons. A total ban on meat goes against the teachings of Islam.

As the vegan and vegetarian Muslim community approach Eid ul-Adha, there are many different ways they have individually developed to make sure the festival is celebrated with the right intentions, without the need to sacrifice.

Most Muslim families across the Western world choose to donate a Qurbani through charities such as ILM UK. Animals are then purchased and slaughtered on their behalf and distributed to families in need in poorer nations.

Depending on the ‘strictness’ of the individual’s vegetarianism, this may be an option. It removes you from direct involvement in the actual slaughter. However, most vegetarians feel uncomfortable about an animal losing its life in their name. To avoid this, they can choose to make a separate donation that is intended for another reason other than giving meat. For example, by donating specifically to fight hunger, ILM can distribute food packs that provide staples such as wheat grain, rice, pulses, oil, and sugar.

Alternatively, they may want to make a donation that goes towards supporting the needs and welfare of orphaned children. ILM UK, for example, runs an Orphan Sponsorship programme. These orphaned children are at great risk, not just from environmental factors such as disease and homelessness, but also from gangs who pick these children up for trafficking and sexual exploitation.

A Qurbani donation from a vegetarian or vegan Muslim will help to create a secure home environment in which the child will receive a stable education and create the building blocks for the future growth and development of the territory.

Many young Muslims who have turned to veganism and vegetarianism risk being shunned by their family and communities. This is an unfortunate outcome that is the result of a lack of communication and healthy debate. Those who have navigated this obstacle successfully talk about how they have turned their choices into a point of discussion and growth for all members of a family, by taking the time out to sit down and discuss the teachings of Islam, and the significance of Qurbani in the context of a changing world.

The most important aspect of this is mutual respect. In the same way that a vegetarian would like to have the respect of the rest of their family for the choices they have made, that vegetarian equally needs to give respect back to those who have continued to choose to eat meat.

There is no better substitute for deepening an understanding of any issue than talking. The debates can be used as a way of fostering a better understanding that is not just inter-generational within families, but also across communities.

There can be no denying that vegetarianism and veganism are becoming increasingly important to the younger generation throughout the UK. It is estimated that up to a quarter of the UK population could eschew eating meat by 2025, and it is vital that the Muslim community start to understand and embrace why its younger members are turning to this new way of eating and understand how it can sit within the teachings of Islam.

Whatever the individual choice, Qurbani will continue to be a significant opportunity for Muslims to contemplate the act of sacrifice, deepen their faith in Allah (SWT) and share their wealth through the redistribution of meat to those who are vulnerable and in need.