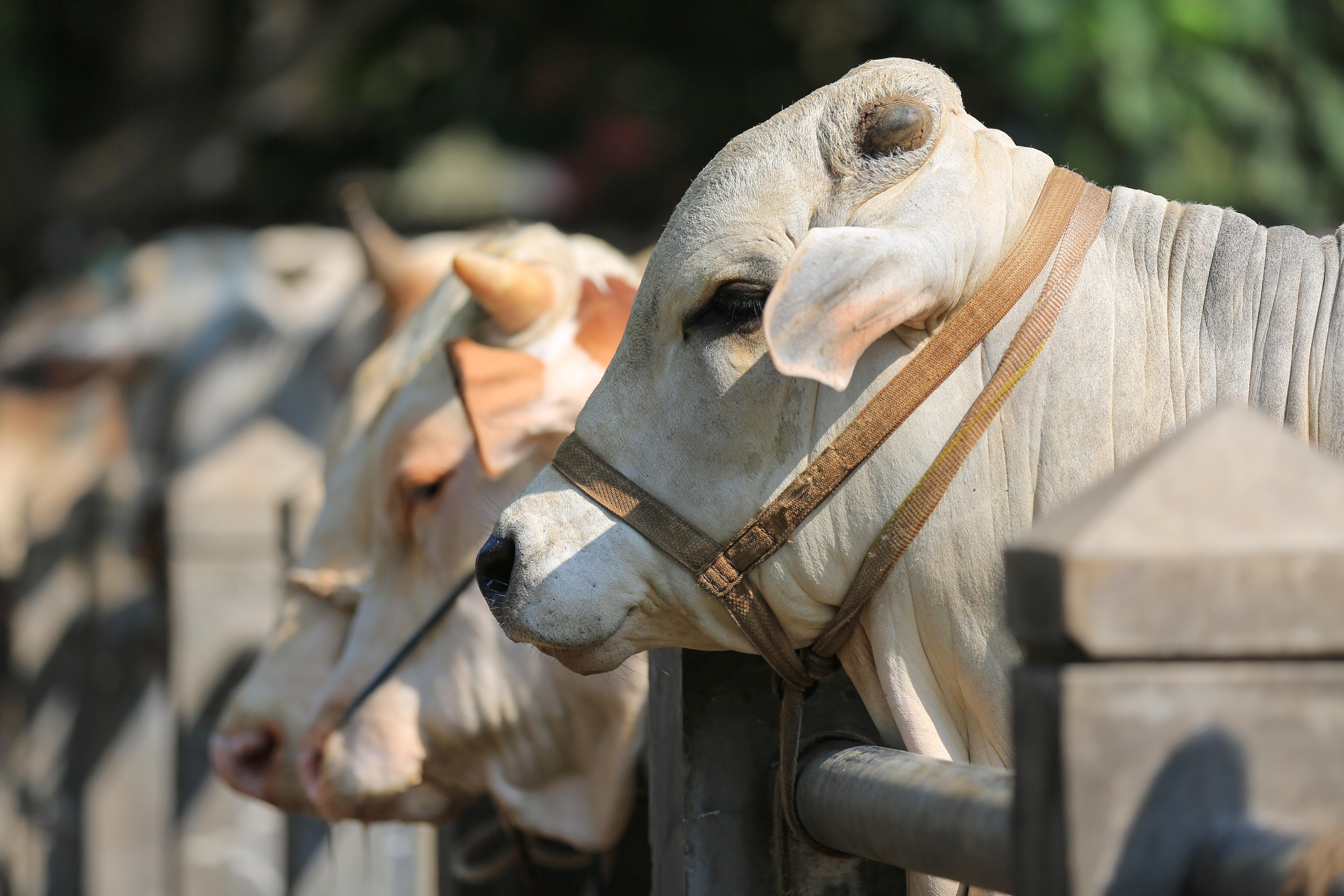 Eid Ul Adha, regarded as the greater Eid, is the Festival of Sacrifice and is a tradition that has been carried out by Muslims around the world for generations. Originating from the sacrifice that Ibrahim (AS) was willing to make for Allah (SWT), Muslims sacrifice animals for Qurbani, with shares being evenly distributed one of three ways – one for the home, one for friends and family, and one for the poor and needy.

Ibrahim (AS) was willing to sacrifice his son Ismail (AS) having received the command from Allah (SWT) in a dream. At the top of Mount Arafat, with his son bound by rope so he could not struggle, Ibrahim (AS) blindfolded himself so as not to see his son suffer and carried out the wishes of Allah (SWT) with a knife. However, when he removed his blindfold he was greeted by the sight of his son, completely unharmed, standing next to him and the body of a dead ram where Ismail (AS) was. Allah (SWT) had spared his son because both Ibrahim (AS) and Ismail (AS) had displayed complete and utter devotion to Him.

Qurbani is mandatory for all able-bodied Muslims who are above the age of puberty and would qualify for paying Zakat. This means that your wealth meets and/or exceeds the nisab value – you can utilise ILM’s Zakat Calculator to work out if you qualify for this.

It is customary for the head of the family to make a Qurbani on behalf of the other members of the household. This often involves paying for a large animal consisting of seven Qurbani shares, but this is entirely voluntary.

Husbands can make a Qurbani donation on behalf of their wives, even if their wife earns her own income and would qualify to give Qurbani in her own right. This is not compulsory, however, and the wife may make her own Qurbani donation.

As well as giving Qurbani on behalf of dependants who either have no source of income and/or wealth below the nisab value, many also choose to make a Qurbani donation on behalf of a family member who has passed on, such as a parent or grandparent. This is not a mandatory requirement in Islam but doing so will mean that good deeds will continue to be made in their name.

"When the son of Adam dies, all his good deeds come to an end except three: ongoing charity, beneficial knowledge, or a righteous son who will pray for him." – Prophet Muhammad (PBUH).

Offering Qurbani in the name of a deceased person is an opportunity to benefit those in need as well as the person that has passed away.

Are There any Exceptions for Qurbani?

Just as there is with Zakat, there are also exceptions when it comes to Qurbani. As well as meeting the nisab threshold and being over the age of puberty, a Muslim who gives Qurbani must also be of a sane mind (i.e. able to make decisions for themselves) and not be travelling. Anyone who is not of sane mind would also not be eligible to pay Zakat.

If you have any queries and/or concerns about your eligibility to donate Qurbani, and if it is compulsory for you, you should seek the assurance of your local imam who will be able to advise. Mostly, to avoid all doubt, if you qualify to pay Zakat then you will qualify to give Qurbani and therefore should fulfil this charitable obligation for Eid al-Adha.

Do I Have to Make the Sacrifice Myself?

Although many scholars argue that it is better to make the sacrifice yourself, in the UK only registered slaughterhouses are permitted to carry out a slaughter in keeping with Qurbani rules. This means that, for most Muslims, making a Qurbani donation is the best way of fulfilling this requirement.

ILM, as an Islamic charity, is permitted to collect Qurbani donations and ensure that all livestock is slaughtered as per Qurbani regulations and all shares are distributed accordingly in the communities we work with. This means that you can make your payment either before or during Eid al-Adha, ensuring that you have fulfilled your obligation.

Make Your Qurbani Donation with ILM