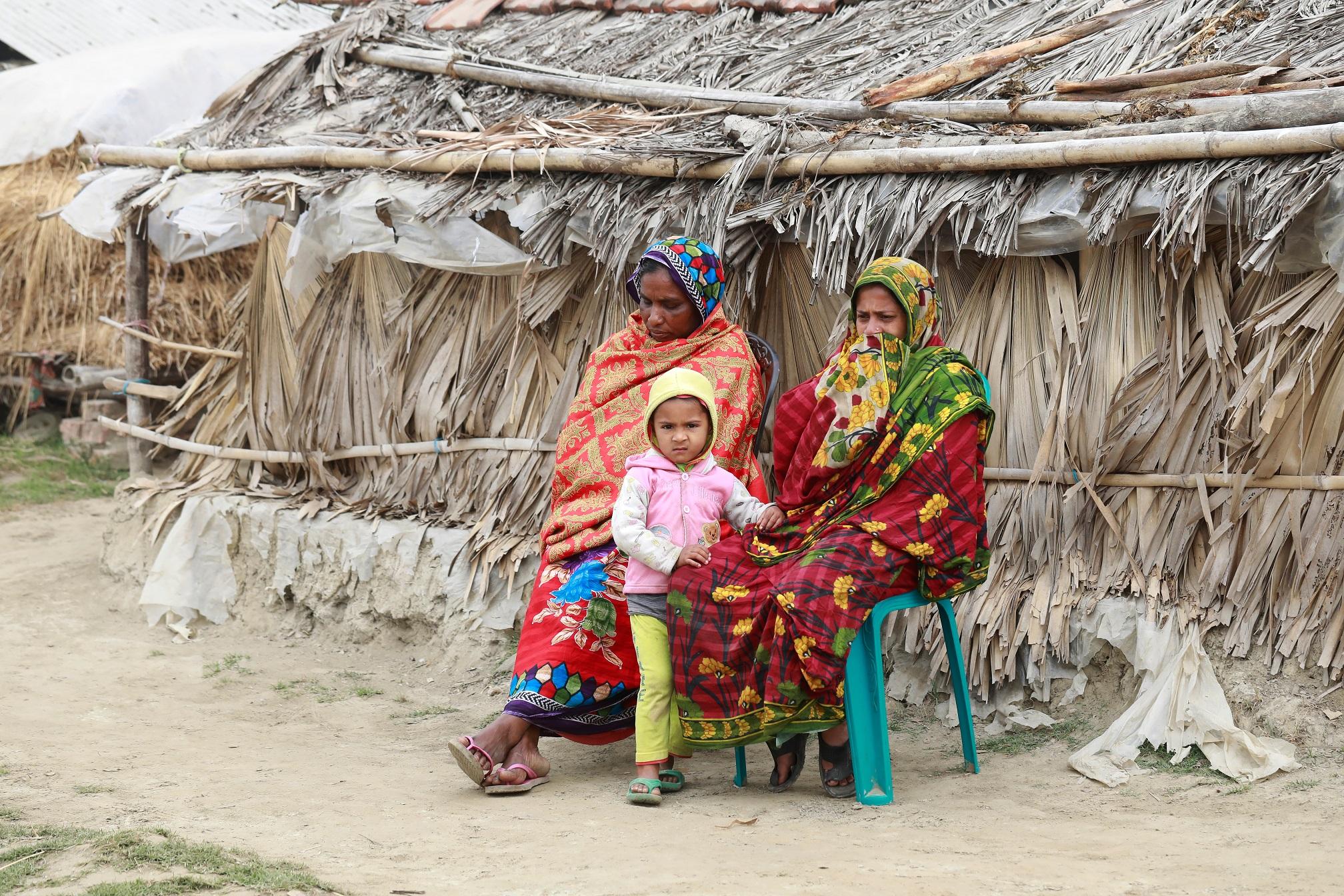 In the UK, winter brings with it persistent rain, bitter cold, near constant cloud cover, regular frosts, and even inches of snow. It can be a hard time for many, but luckily, most people in the UK can shut out the harshness of winter with their well-insulated homes that are built to retain heat. With a few snug jumpers, hot drinks on demand, a thick coat, central heating, and an umbrella, most people are able to keep the cold out and see winter through. Unfortunately, millions of people in developing countries do not have the same luxuries.

We work with communities in several developing nations, supporting them to live a full, happy, and healthy life, but winter presents new challenges that can hinder the progress we are able to make. Winter in developing countries can be even harder than here in the UK, which means we need all the support we can get from our generous donors to ensure our project participants are able to make it through winter.

One of the developing countries we work in is Bangladesh. Winter in Bangladesh is relatively short, running from November to February. This is also called the dry season due to the tropical climate. Winter immediately follows the wet monsoon season that runs from June to October. This means whilst the dryness is a welcome reprieve from the destructive rains that fall in the months prior, it’s a time when many struggle to get back on their feet.

With the potential for homes, workplaces, community infrastructure, and food chains to be disrupted by the preceding cyclone season, many vulnerable people in Bangladesh do not have the resources they need to fight off the cooler temperatures, with the north of the country often bearing the brunt of the cold snaps.

Like in the UK, night time is extended in Bangladesh during winter, with daylight hours dwindling and being characterised by blankets of fog. For the millions of orphaned children living on the streets, winter exposes them to further abuse and exploitation from those looking to traffic them into work or worse.

Another developing country we work in is Egypt where winter runs from November to February. Egypt has an arid desert climate which means it gets very little rainfall throughout the year, including in winter. This might seem like a good thing, but it hinders crop growth and adds further pressure to the already struggling ecosystem that is centred around the fertile lands surrounding the Nile.

Whilst it’s dry, the temperature can drop to single digits which is extremely cold by North African standards. For the 130,000+ refugees in Egypt – many of whom have nowhere to call home – these cold snaps can claim lives, especially with the oldest and youngest members of society.

Like Bangladesh, India experiences winter immediately after the monsoon season. The Indian Himalayas experience the worst of the weather, with heavy rain and snowfall, and a sharp drop in temperatures. For the rest of the country, winter is characterised by dense fog and low night time temperatures that many people do not have the resources to cope with. Strong winds can also occur, which also make surviving winters in developing countries such as India difficult for the impoverished and needy..

Malawi’s winter is short and falls during what most of us recognise as peak summer – June and July. It is generally dry and warm during the day, but the temperature can drop dramatically at night, so much so that some areas even experience frost. In a country with multiple distinct seasons and a sub-tropical climate, most Malawians are not prepared for the harshness of winter and do not have the resources to fight off the cold, even for two short months.

Nepal experiences winter from November to February, and whilst the skies are generally very clear and there is limited rainfall, it can be bitterly cold for those living at high altitudes. With temperatures regularly dipping below freezing and thick layers of snow gracing the ground, winter can be very problematic. Crops are near impossible to cultivate, and most ground water is blocked off by ice and snow. In addition, limited cloud means temperatures at night are extremely cool and bitter, which can be very dangerous.

Winter in Pakistan tends to be cool and dry, but in the northern areas, heavy snowfall is common. Longstanding fog is also common and often lasts for weeks at a time, causing widespread disruption. Climate change is greatly affecting Pakistan, but as a developing country, there is little infrastructure to protect against such damage. Over the years, temperatures in winter have fluctuated massively. The record high in November is 41˚c, but in the same month, a record low of -13.3˚c has been recorded. This drastic difference shows how difficult it is for people in Pakistan to battle through winter, especially for the 9% of the population who are homeless and have no protection against the elements.

How Can We Help Developing Countries in Winter?

There are several ways you can help developing countries during winter, but the easiest way is to donate to our winter appeal. We work across all the developing countries mentioned above, and with your kind donations, we can support communities in each of the countries to ensure they have the necessary provisions to make it through winter.

From providing temporary shelter and warm clothes to handing out hot meals and necessary healthcare, the ILM UK team is on hand to support vulnerable people who need us the most this winter. Please donate what you can so we can ensure as many people as possible live to see next spring in 2023.