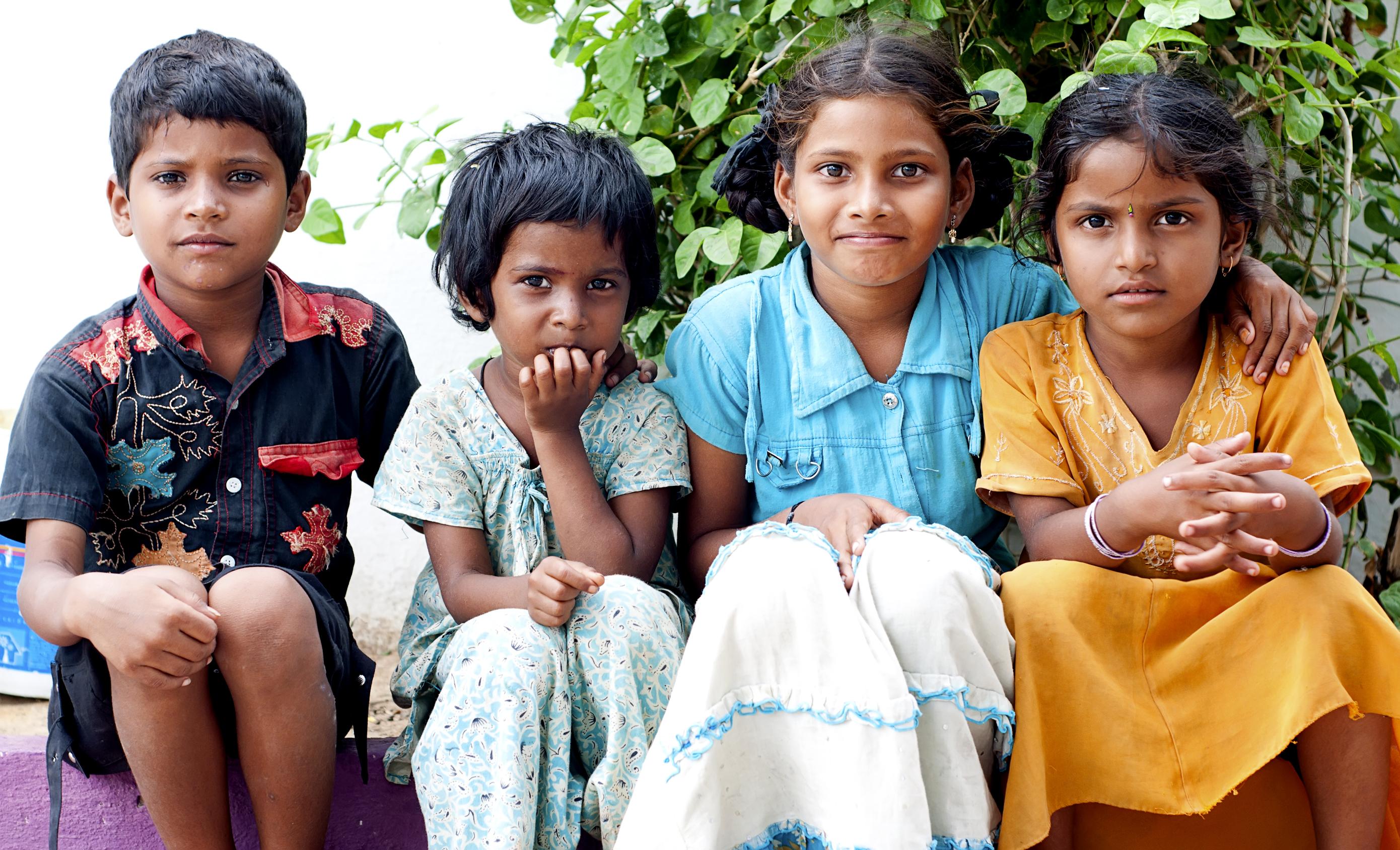 India is a country known for its beautiful culture and languages; a land that has birthed some of the biggest religions in the world. It also houses one of the seven wonders of the world, the Taj Mahal, along with many other spectacular monuments. However, the beauty and history of the country do not hide the dire situation it is in.

India is the second most populated country in the world, despite being the seventh largest in the world in size. An estimated 1.35 billion people live in India, 158.8 million of them being children below the age of six.

As a third world country, more than half the population are living in poverty, leaving many parents unable to properly care for their children. ILM UK is there for children who are living in sub-par conditions caused by poverty, but the orphan crisis in India runs so deep that we desperately need your help so we can continue to make a difference.

There are more than 30 million orphaned and abandoned children in India - that's almost 4% of the youth population. Since the Covid-19 pandemic struck in 2020, thousands more children have been orphaned, and the true figures are still unknown. It was thought that 1,000 children were left orphaned as a result of the pandemic in Uttar Pradesh alone, but the real figure could be much higher.

Adoption laws in India are strict, leading to exceptionally low numbers of adoptions taking place. From March 2019 to March 2020, only 3,351 children were adopted. It's thought there are only 20,000 couples registered to adopt a child in India, but according to the Indian Society of Assisted Reproduction, there are almost 28 million couples who are trying to conceive but who are infertile.

With an almost equal number of couples who want a child and children who need a home, you'd think that adoption rates would be much higher, but due to the complicated adoption process and skewed views of adoption as a whole, most children are left to fend for themselves. Most people want a child of their own within their own gene pool, and the majority of couples will exhaust every option before considering adoption. Even then, if IVF fails, a lot of couples will settle without children.

What's more alarming is that of the 30 million children without a legal guardian or carer, less than half a million were actually in institutionalised care. The rest are left wandering the streets, vulnerable to abuse and trafficking. The sight of children on the streets on India is incredibly normalised, with most turning a blind eye to the problem.

With so few children actually in care homes, most orphans are not 'available' for legal adoption. Even then, prospective parents are fairly picky, with most wanting a child without a disability and between the age of 0-2 years old. This narrows down the pool of viable orphans considerably, especially when you consider only half a million are in a position to be adopted anyway.

Covid-19 and the Orphan Crisis

Covid-19 is believed to have pushed over 75 million people in India into financial difficulty. Many who were employed now are not, and with the country still reeling from the effects of the pandemic, job prospects are few and far between, leaving many without a source of income and no idea where their next meal is coming from.

In addition, India’s already fragile healthcare system is now extremely overwhelmed. Many patients are being turned away from receiving care due to a lack of equipment, resources, and beds, leaving them at the mercy of a deadly disease. A lot don’t make it, resulting in children being left without parents or guardians.

Those whose parents survive the disease but who have lost their jobs are living in desperate situations, relying on foraging and handouts from aid workers to keep them afloat. For a lot of parents, putting their children in an orphanage seems like the only option, but with families all over the country being affected by the pandemic, care homes are overwhelmed.

In darker instances, there have been reports of parents attempting to sell their children because they can no longer provide for them.

There are several threats facing orphans in India, especially for those who live on the street. One of the biggest risks is exploitation. It’s thought that eight million children aged between five and 14 are forced in child labour, but the true figure is likely to be much higher.

Some children are forced to work on fields or in factories, whilst others undertake domestic work. Thousands more are trafficked every year, and although the country has attempted to crack down on trafficking and child labour, child exploitation is still a very real threat to orphans who have no adult protection.

Girls are often sold off as child brides, with 27% of girls in India being married before the age of 18. Boys don’t fare better, with many being sold to extremist groups and being forced to fight as chid soldiers. Orphaned children living on the streets have the protection of the law, but in practice, they have no physical protection from danger. ILM UK is there when no one else is, helping to keep orphans safe and providing them with a safe environment with food, shelter, clothes and access to education and healthcare.

Please donate to our orphan sponsorship or Hifz education appeal so we can keep an Indian orphan safe and give them hope for a better, brighter future.