The State of Crisis in Nepal 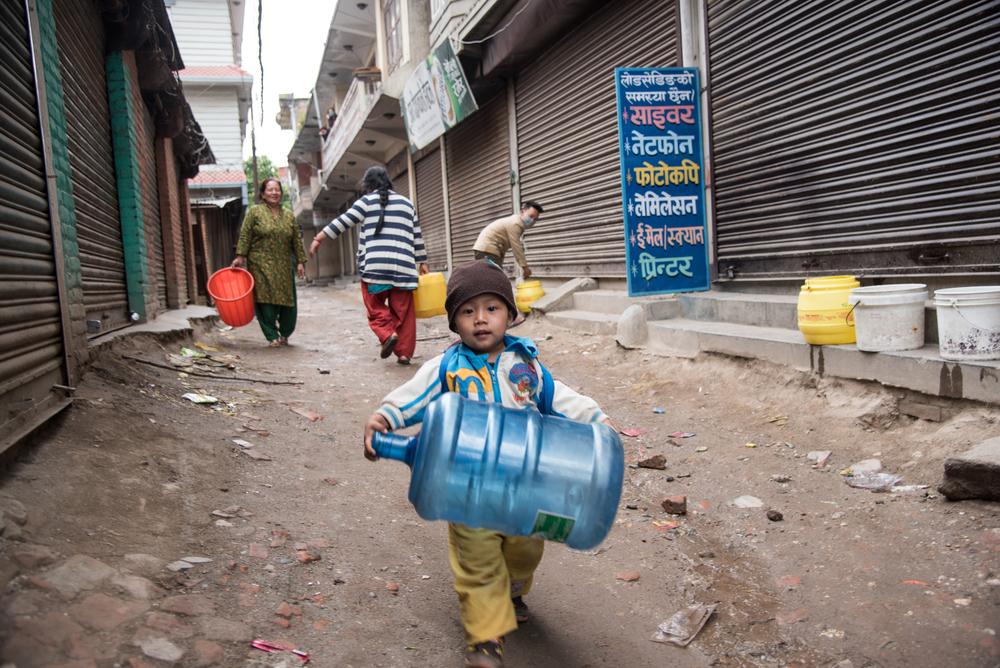 Nepal is a small country situated between China and India and has a population of around 31 million people. Until the 1950’s, little was known about the country, but it’s now one of the busiest tourist hotspots in all of Asia because of its Himalayan backdrop.

In a normal year, Nepal welcomes over one million tourists, many of whom attempt to tackle the jewel of the country, Mount Everest. With its mountainous backdrop, Nepal is undoubtedly one of the most beautiful countries in the world – a real sight to marvel. The scenic terrain acts as an effective distraction to the crisis and hardship facing the Nepalese people, many of whom are locked in a fight for survival.

Our Nepal charity work centres around supporting vulnerable communities, but we urgently need more donations so we can continue to make a difference. Many people don’t know the extent of the troubles in Nepal which leads to a gap in aid donations. Please read on to learn more about what is happening in Nepal and why your support to our Nepal charity appeal is so essential.

We often consider water from mountain ranges as amongst the freshest and purest in the world, so it’s not beyond the realm of possibility to assume that Nepal should be enjoying some of the highest quality water. This couldn’t be further from the truth.

The biggest crisis facing Nepal is the water crisis. Whilst 80% of the population has ready access to drinking water, the vast majority of it is not safe to consume. There are several reasons as to why it’s not safe, including the fact that 27% of people do not have proper sanitation, meaning raw sewage is often released into rivers and lakes. In addition, people often bathe in rivers and lakes and wash their clothes there, adding to the pollution.

Arsenic is another big concern, with much of the Terai region of Nepal relying on tube wells which extract water from the ground. It’s thought the arsenic concentration in the region is more than 50 mg/L, far above the WHO standard. Arsenic is incredibly toxic and poisonous, with side-effects of contamination including skin lesions and cancer. More than 47% of the Nepali population lives in the Terai region, meaning millions of people are potentially exposed to arsenic poisoning.

Arsenic isn’t the only killer in the water. With almost a third of Nepalese people still practicing open defecation due to a lack of sanitation and toilets, waterborne diseases are rife. From cholera and dysentery to typhoid and diarrhoea, consuming water from open water sources (as most have to) is akin to a game of Russian roulette, and for far too many Nepalese, it’s a losing game.

It’s thought over 3,000 children lose their lives to waterborne diseases every year. ILM is one of the many charities providing water aid in Nepal, but the issue is far bigger than us and requires governmental intervention.

Billions has been pledged by the Nepali government to tackle the water crisis, but political unrest means change has been slow to come. In May 2021, parliament was dissolved for the second time in just six months, leading to snap elections and mass protests as many fear there will be a systematic collapse of the political landscape in Nepal.

Whilst political parties are engaged in a battle for power, key issues facing the country are not being addressed, leaving many people suffering and relying on Nepal charity organisations.

There is a cruel irony in Nepal surrounding poverty. Many of the tourists who visit the country have to save up for years to afford the trip, with the high prices contributing massively to the country’s economy. Nepal is a holiday destination for some of the wealthiest people in the world, and yet the country itself is one of the poorest globally. It’s thought a quarter of people live on just 50 cents a day – far below what is needed to sustain viable life.

There are several factors that contribute to the poverty in Nepal, including the displacement of thousands of people during the 10-year civil war that ended in 2006, and the frequency of natural disasters such as earthquakes that destroy homes and livelihoods within seconds.

It’s thought that around 80% of Nepalese workers are employed in the agriculture sector, but even with jobs, many find it hard to get by. This forces many to pull their children out of school and send them to work. Whilst the child labour rate is falling, approximately one million children are still engaged in child labour, and around 20% are forced to work in hazardous industries.

As a children’s charity in Nepal, we focus a lot of our efforts on keeping children safe from exploitation and ensuring they get a good education to equip them with the tools needed to build a prosperous future free of poverty. The only way we can do this is to ensure their families do not live in absolute poverty to the point where they need to rely on their children for an income. This involves putting initiatives in place to support entire communities. This is a combination of government aid and donations to our appeal.

How You Can Help Nepal

The crisis in Nepal is far-reaching and comprises of several different issues. Whilst much of the relief will come from political policies and government funding, you can still make an impact and help to alleviate the suffering felt by so many in Nepal.

To help make a difference and support vulnerable Nepalese people, please give what you can to our Nepal appeal so we can continue our life-saving efforts.