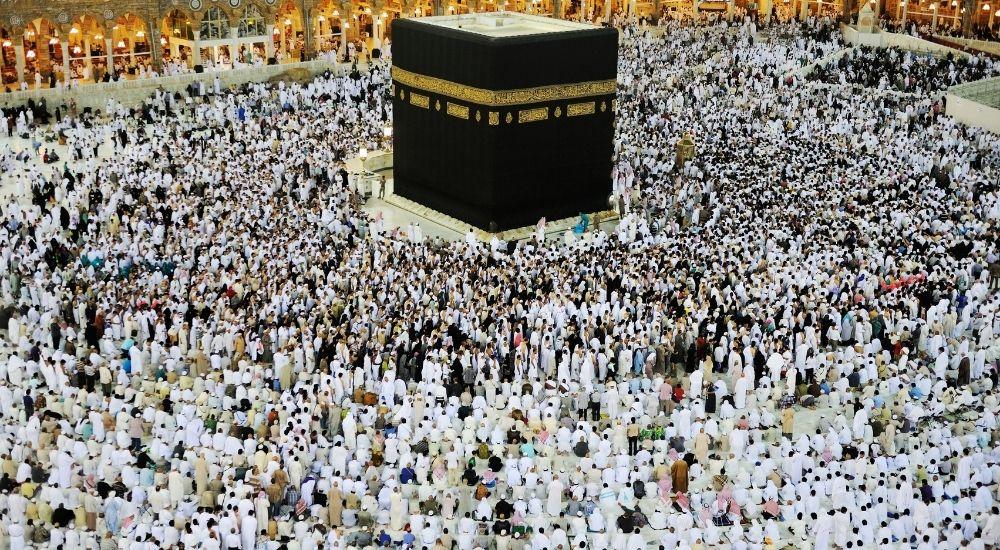 Hajj is the fifth pillar of Islam and one that carries a special significance in Islam. The Messenger of Allah (saw) said, “Whoever performs Hajj for the sake of Allah and does not commit any obscenity or transgression, will return (free of sin) as the day his mother gave birth to him.” [Bukhari]

Hajj is mandatory for every Muslim to perform once in their lifetime if they can afford it and the rewards are the promise of Paradise, and the forgiveness of all your sins. Hajj starts on the 8th of Dhul Hijjah and continues to the 12th.

This year Hajj starts on 7th July 2022 (subject to confirmation) and many of our friends and family will be attending. But for those of us who can’t attend this year for any reason, there is some great news. We can still benefit from Allah’s (swt) infinite mercy and reap the same rewards as Hajj, without even leaving our homes.

Here are some ways to seek the same blessings as Hajj:

Scholars have also mentioned that a woman may pray in her home and do the same thing mentioned in the hadith to get the same or a similar reward.

We may be tempted to pray Fajr and then jump straight back into bed, but staying a few moments longer to remember Allah (swt) until sunrise will earn us the incredible reward of Hajj and Umrah.

A companion, Sa`id bin al-Musayyib reported that performing the Friday Prayer is “more beloved to me than a Nafl Hajj.”

Eid Al-Adha is at the same time as Hajj. Make sure you attend the Eid prayer with your family, and set your intention to reap the reward of Hajj!

Learning and teaching in the masjid

Abu Umamah (ra) reported that the Prophet (saw) said: “Whoever goes to the mosque not desiring except to learn or teach what is good has the reward of a pilgrim who completed his Hajj.” (Tabarani)

We often neglect classes taking place in the Masjid, feeling like it’s not necessary, or that we already understand the topic. But the reward for seeking knowledge doesn’t depend on what you already know, but the desire to learn. Make the most of any opportunity to learn at the masjid, and you’ll gain the reward of Hajj.

The Messenger (saw) commanded one of the companions to be good to his mother. If you do so, he said: “You are a Hajj pilgrim, a person performing `Umrah and someone striving for the sake of Allah (mujahid).”

To serve parents and be good to them can earn one the reward of Hajj. Thank Allah (swt) who has placed opportunities for us everywhere to earn His forgiveness!

Seek Allah (swt) in our lives

We must remember that we don’t have to be in the blessed city of Makkah to be close to Allah (swt). Scholars have explained that the linguistic meaning of Hajj is seeking or intending. Thus, the people of Allah are constantly ‘performing Hajj’ - not in the sense of the rituals of Hajj, but in the sense that they seek Allah (swt) in every action.

This Dhul Hijjah, there are so many people who are struggling to access food, healthcare, and safety. Give your Qurbani and help us to fight hunger & malnutrition.