What are the Rules of Qurbani? 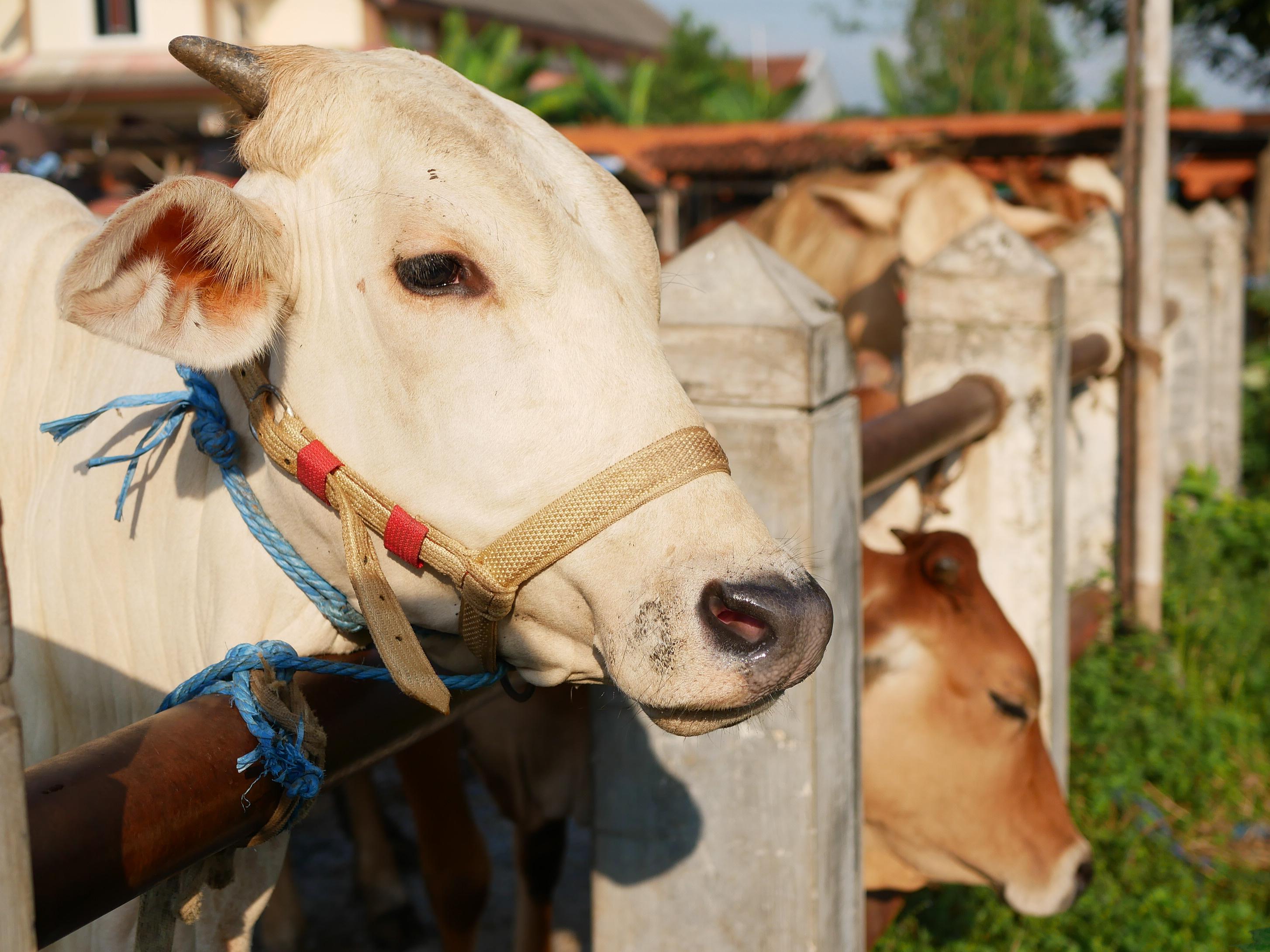 Qurbani is one of the most sacred times of the year for Muslims, as it is the annual sacrifice of livestock animals. Shares of each sacrificed animal are divided three ways, with one share for the home, one share for friends and family, and one share for someone who is in need.

Qurbani meat distribution rules state that all sacrifices must take place in the space of four days, beginning after the Eid prayers on Eid al-Adha and ending at sunset on the 13th day of Dhul Hijjah. It is better for the sacrifice to take place as early as possible, which is why the day of Eid is the most popular day for Qurbani sacrifices to take place.

When is Qurbani Eid?

In 2022, Qurbani Eid is expected to fall on Saturday 9 July with the 13th day of Dhul Hijjah falling on Tuesday 12 July, although this is dependent on the sighting of the moon.

What is the Qurbani Meaning?

Qurbani is the annual sacrifice of livestock animals that takes place in Islam. This tradition originates from the sacrifice that Ibrahim (AS) was prepared to make after Allah (SWT) came to him in a dream and commanded him to sacrifice his son, Ismail (AS).

Ibrahim (AS) took his son Ismail (AS) to the top of Mount Arafat with rope so that he could not struggle (as per his son’s own wishes), a knife, and a blindfold so that Ibrahim (AS) would not have to witness his son suffer. With Ismail (AS) bound by rope and Ibrahim (AS) blindfolded, Allah’s (SWT) command was carried out; however, when Ibrahim (AS) removed his blindfold, it was not the body of his son that he saw. Instead, he saw a dead ram before him. Ismail (AS) stood next to his father, completely unharmed, and a voice told Ibrahim (AS) that Allah (SWT) looks after His loyal followers.

Ismail (AS) was spared by Allah (SWT) as Ibrahim (AS) and his son demonstrated their unwavering faith in Him, so He rewarded them with a miracle.

We called to him, “O Ibrahim, you have fulfilled the vision. Indeed, we thus reward the doers of good. Indeed, this was a clear trial.” -The Holy Qur’an 37:104 As such, Muslims re-live this glorious event every year and continue to make a sacrifice with shares being distributed amongst the poorest and neediest in the world.

Qurbani rules state that every able-bodied Muslim who has reached the age of puberty is expected to give Qurbani. If you qualify to give Zakat, then Qurbani will be Wajib.

How Does Qurbani Work?

Qurbani is simply the equal sharing of a sacrificed animal, with shares being split three ways between the home, friends and family, and those in need. Muslims can make a Qurbani donation through ILM, and our team will carry out the sacrifice and Qurbani meat distribution on your behalf.

How Should Qurbani Meat be Distributed?

So, how do you distribute Qurbani meat? Meat from Qurbani may be distributed to both the poor and rich, as well as those outside the Islamic community, as long as shares are given out evenly. ILM can distribute Qurbani meat so that those who are most in need receive cuts of meat and benefit from its nutritional value – for many, this may be the only meat they eat from one Qurbani to the next.

How Many Qurbani per Family Should be Given?

For those wondering how to distribute Qurbani meat, at least one Qurbani should be given per person, so that means that a family of six should be giving at least six of Qurbanis between them. A small animal such as a goat or sheep is equal to one Qurbani and a larger animal such as camel or cow is equivalent to seven Qurbanis. Parents can make a Qurbani donation on behalf of any children they have who do not qualify but this is not a requirement.

Who Has to Perform Qurbani?

Qurbani is Wajib (mandatory) for every able-bodied Muslim above the age of puberty who would qualify to give Zakat.

Can I Give Qurbani for my Father/Mother?

How to Pay Qurbani?

Muslims can make a Qurbani payment through ILM, where you can choose how many shares you wish to give.

How to Slaughter a Qurbani Animal?

There are specific rules that must be followed during the sacrifice. Animals should meet a specified minimum requirement based on age and health. Sheep and goats must be no younger than one year old; cows, bulls, and buffalos no younger than two years old, and camels must be at least five years of age.

All animals must be healthy before the slaughter; otherwise, the sacrifice will not count as Qurbani. To qualify as Qurbani, the animal must:

Additionally, there is no preference between male and female animals, and this will have no bearing on the Qurbani or its shares.

As well as the age and health of the animal, the way in which the slaughter is conducted can affect whether a sacrifice qualifies as Qurbani or not. As part of the sacrifice, no animal should see another being slaughtered, a sharp knife should be used so that the animal does not suffer, and the knife should not be sharpened in front of the animal that is to be slaughtered.

How Many Shares in Each Animal?

Different animals have different values. Small animals such as goats and sheep contain a single share each and must be purchased in their entirety to qualify as Qurbani; however, there are many shares in large animals like camels, cows, bulls, and buffalos, all of which equate to seven shares each. This is why families choose to pay for a large animal as their Qurbani, with shares being given on behalf of multiple members of the family.

What is Qurbani in Islam in Urdu?

Qurbani means sacrifice in Islam, hence why Qurbani is the Festival of Sacrifice.

Can We Remove Unwanted Hair Before Qurbani?

Muslims should not remove unwanted hair or cut their nails during the first 10 days of Dhul Hijjah until after the Qurbani has been performed.

You can donate your Qurbani through ILM today by heading to our donations page here.