What is the Holy Qur'an? 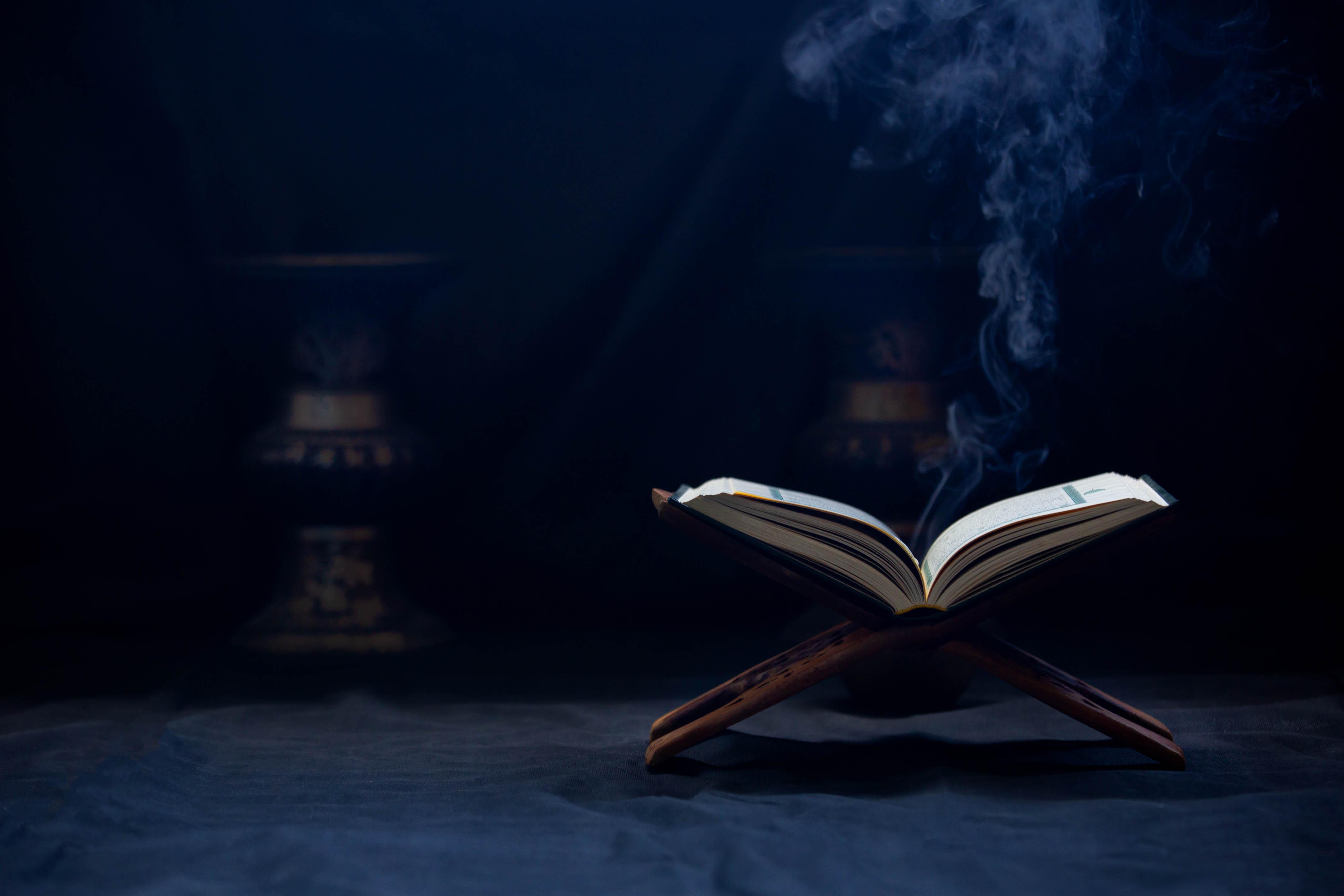 The Qur'an is the centralised, holiest, and most important text within the religion of Islam. Muslims believe that the Qur'an is the divine word of Allah (SWT) revealed to the blessed Prophet Muhammad (PBUH) through the arc angel Jibril (Gabriel). The Qur'an is not a religious text that you read and simply put back on the bookshelf. The Qur'an is a guide for Muslims and constructs how they live their lives entirely. It is a text that Muslims base their lives around, following what instructions Allah (SWT) has set for them. Believed to be the only religious text that has not been at all altered in any way. This spiritual guide is sacred to Muslims and has blessed them immensely. All Muslims aim to learn and read the Qur'an, often from a young age, for a prosperous future on the path of Islam.

Where did the Qur'an Come From?

The Qur'an has been seen as the finest piece of classic Arabic literature. No work can compare to the divine gloriousness of the Qur'an. No poet or writer has been able to come close to the unique literature of the Qur'an, even the best. This is proof which Muslims believe shows that the Qur'an was directly revealed from Allah (SWT), not altered, or changed by man.

Where was the Qur'an Revealed?

Across the vast lands of the Arabian Peninsula, near the small town of Mecca, is where Allah (SWT) is where the divine revelation took place. In the mountain of Jabal Al Nour is where you will find the cave of Hira. The cave of Hira is where the Prophet Muhammad (PBUH) would often reside. He would go there to escape from the mistreatment and cruelty of Mecca. Within the cave, the Prophet (PBUH) would meditate, pray, and ponder on the issues occurring in Mecca. In complete solitude, he would seek only help and guidance from the one God of Abraham, Moses, and Jesus.

One night within the cave at the age of 40 the Prophet encountered the angel Jibril (AS). There he received the first revelation, “Read in the name of your lord the creator, he created man from a clot of blood, read, your Lord is the most bounteous who taught the use of the pen, he has taught man what he did not know.” This night is known as Laylat al-Qadr (Night of Power), occurring in the month of Ramadan.

From then on Allah (SWT) would gradually reveal the Qur'an over the lift time of the Prophet Muhammad (PBUH). Unlike the first time, the angel Jibril (AS) would reveal the message to the Prophet in different forms. The process of revelation is known as Wahy (Wahi). This process will not only occupy by the mental state of the prophet, but the effects were evident in physical form. It is told that when the Prophet (PBUH) would receive Wahy, his body would become increasingly heavy, sweat would profusely run down him, his face would be bright red and much more.

Allah (SWT) would send down revelation when he deemed it appropriate. Many scholars have identified that Allah (SWT), had revealed certain verses before or after specific events had occurred, displaying his divine wisdom. On one occasion Allah (SWT) revealed his word directly to the Prophet (PBUH) without the conveyance of the angel Jibril (AS). This occurred during the journey of Isra and Miraj (Night Journey). It is reported by Hadith (traditions and sayings of the Prophet Muhammad), the last two Ayahs of Surah Baqarah were revealed directly during this occasion. The Prophet would receive the revelations usually between the two towns of Mecca and Medina in West Arabia.

When was the Qur'an Revealed?

The first revelation occurred in 610 AD on the 22nd of December, within the cave of Hira when the Prophet (PBUH) was at the age of 40. From that date onwards for the duration of the next 23 years in which he served in his Prophethood, Prophet Muhammad (PBUH) would verbally receive the divine revelation. In 632 AD, Allah's (SWT) revelation was complete and was spread across mankind.

How Old is the Qur'an?

The Qur'an was revealed in 7th century Arabia, to the Prophet Muhammad (PBUH). The first Qur'anic revelation occurred in the year of 610 AD. The revelations came to an end in the year of 632 AD when the beloved Islamic Prophet breathed his last. It has been around 1400 years since Islam began, probably a bit more. The Qur'an was shared, taught, and learnt verbally, which is why Hafiz (individuals who memorised the entire Qur'an off by heart) were and still are so important in Islam.

During the Caliph reign of Abu Bakr (RA), many of the individuals who had memorised the Qur'an has been martyred in the Battle of Yamama. With the occurrence of this, Umar Ibn Khattab (RA) appealed to Abu Bakr (RA) to compile the Qur'an into a book. Assigning Zaid Ibn Thabit (RA) as one of the main lead scribes of the compiling of the Qur'an. Five copies were known to be prepared under the guidance of Umar Ibn Khattab (RA), however, they were burnt and destroyed.

It is also understood that during that time, after the death of the Prophet Muhammad (PBUH), his cousin and companion Ali Ibn Abu Talib (RA) had compiled a version of the Qur'an. This version was put together by the collection of every surah placed in order of its revelation, accompanied with interpretation.

The final compilation of the Qur'an took place during the caliphate of Uthman Ibn Affan (RA). From this time onwards this version of the Qur'an was accepted by all and is the standard for all.

You can work with ILM by donating and supporting our appeals to support those who need it most. You will be able to aid our Hifz appeal, by sponsoring a child to receive the resources and environment needed for efficient Qur'anic learning.

Along with that, you can support us to build mosques in areas that are deprived of this holy sanctuary, providing fellow Muslims with the religious necessities needed. This will allow many, especially children to grow and flourish in an Islamic environment, with proper Islamic education. Donate today with ILM to change someone’s life.