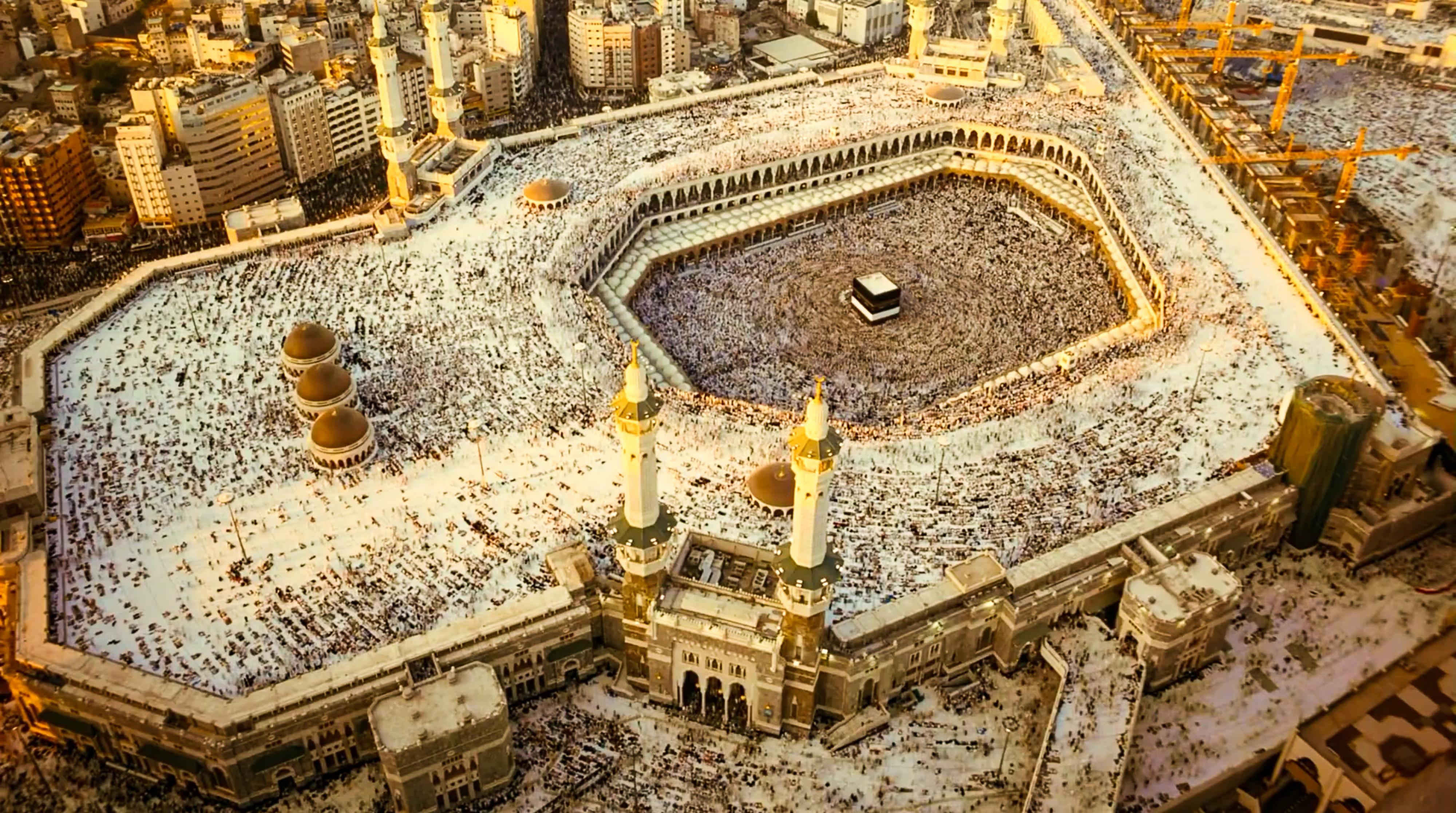 Hajj is the annual pilgrimage to Mecca that all able Muslims are expected to complete at least once in their lives. Around two million Muslims every year complete the pilgrimage, which is a five-day event taking place in the last month of the Islamic (lunar) calendar.

Hajj is one of the Five Pillars of Islam and is a sacred event in Islam. Whilst in the state of Ihram, a sacred state that Muslims must enter to perform the pilgrimage, it is forbidden to engage in sexual activity, argue, engage in violence and cut hair and nails. Muslims must always remain calm in Ihram due to the state’s religious significance, even when exhausted by the journey they undertake.

Why do Muslims go on Hajj?

The Hajj pilgrimage is an obligation that should be completed at least once in all able Muslims lives. It is also believed that the journey allows Muslims to wipe away any sins and wipe the slate clean in front of Allah (SWT).

Muslims retrace the route as followed by the Prophet Muhammad (PBUH) and prophets Ibrahim (AS) and Ismail (AS) before him, as well as the path that the wife of Ibrahim (AS), Hagar, ran seven times between two hills as she sought water for her dying son. In Islamic belief, Allah (SWT) created a spring that continues to run to this very day.

As per the significance of Hajj, it is also common for Muslims to seek ways to deepen their devotion to Allah (SWT) and one such way is through women wearing a hijab (head covering).

What Happens on Hajj?

Hajj takes place during Dhul Hijjah, the 12th and final month, and begins two days before Eid ul-Adha and through the three-day festival of the sacrifice. That means that Hajj lasts for five days in total.

On the first day of Hajj, a smaller pilgrimage (umrah) takes place in Mecca. This is when Muslims retrace the steps of Hagar between two hills – this is after circling the Kaaba, the building housed in the centre of the Masjid al-Haram which is the most important mosque in Islam. Before arriving in Mecca, some Muslims choose to visit Medina which is where the tomb of the Prophet Muhammad (PBUH) can be found. The day is ended by spending the night in the valley of Mina.

The second day of Hajj sees pilgrims head towards Mount Arafat where they will spend the afternoon. They will also climb the hill, Jabal al-Rahma, which is where the Prophet Muhammad (PBUH) delivered his final sermon. Later in the day, as the sun sets, Muslims will head 5.5 miles west of Arafat to Muzdalifa – and while there is the option of taking a bus, many choose to walk this distance.

Over the course of the final three days of Hajj, coinciding with Eid ul-Adha, Muslims circle the Kaaba one final time, cast stones (picked up along the walk to Muzdalifa) in Mina, and remove the Ihram (a sacred state Muslims enter to perform the pilgrimage). Men will also shave their heads and women cut a lock of hair as a sign of renewal. As well as completing the Hajj pilgrimage over the three days of Eid ul-Adha, Muslims will carry out the ritual sacrificial slaughter of livestock and distribute shares of meat to the poor, as per Islamic tradition.

Who Goes on Hajj?

In Islam, it is mandatory for every Muslim who is physically able, of sound mind and financially capable to go on Hajj at least once in their lifetime. Those who complete the pilgrimage may add the title of Hajji to their name.

Hajj translates from Arabic as ‘to intend a journey’, thus giving the pilgrimage its name. There is no obligation for children to undertake Hajj as they are not yet considered able, similar to why all those under the age of puberty do not observe the fast in Ramadhan. Whilst saying that, children may take part in Hajj with their parent/guardian and the rewards of the pilgrimage will be bestowed upon the child.

In 2021, Hajj is due to begin on Saturday 17 July and end in the evening of Thursday 22 July, along with Eid ul-Adha. As the Covid-19 pandemic continues, though, it is uncertain how viable it will be for vast numbers of Muslims to travel for Hajj this year – just as 2020's pilgrimage was also affected. Muslims should consult with Saudi Arabia’s travel advice, as well as the advice from their own country where they will be travelling from. The Saudi Arabia government have stated that only those of whom have received a vaccination will be permitted to travel for Hajj.

As a registered Islamic charity, ILM UK are permitted to accept your donations, whether obligatory or voluntary, distributing the funds amongst those most deserving. Please head to our donations page to give what you can.

Almost 9 years of war has left over 11 million people in Syria in desperate need of aid.

Millions have fled their homes and are displaced within the country, living without proper shelter, and with no food or warm clothes. While many have managed to seek refuge from war, winter is a threat they cannot escape.

Winter in Syria can be extremely harsh, with periods of heavy snow and temperatures well below zero. Over 1.5 million children face freezing temperatures this winter, without warm clothes, good food, or shelter to keep them warm. Winter is every parent’s nightmare in Syria.

If we do nothing, children will die. Make this a winter of mercy. Just £50 could provide a stove and coal for a family to make sure they have enough heat and warm food to last them the whole of winter.

Temperatures drop below freezing at night during the winter months, and many of syrian’s poorest and most vulnerable people just don’t have the money to buy winter clothes or blankets. Millions of the country’s poorest people live in fear that they won’t make it through the winter