The UK is ranked as one of the richest countries in the world. There are several ways to calculate a country’s wealth, but whichever way you choose, the UK comes out near the top. If you base wealth on GDP, we are the fifth richest nation, if you use GNI (gross national income), we are the 23rd richest country in the world.

With so much money circulating the UK, it’s reasonable to ask why are so many people living in poverty to the point of homelessness? Well, 25% of the country’s wealth is owned by just 1% of the population, meaning the wealth is unfairly distributed, giving way to the poverty and homeless crisis we are facing today.

Living in the UK, we are so used to seeing pictures of people in developing countries struggling and donating to international appeals to support those who need it the most, but it might surprise you that there are hundreds of thousands people right here in the UK who are also in urgent need of assistance.

We work around the world to support those most in need, but you might be interested to learn more about the situation right here in the UK. We’ve put together some key facts on homelessness in the UK to highlight to you just how severe the situation is.

There are more than 280,000 homeless people in England

Homelessness figures are counted by each home nation separately, however 2019 figures collected by Shelter showed more than 280,000 people in England alone had nowhere to call home. London is a hotspot for homelessness in the UK, with one in 52 people living in the capital being classified as homeless.

Being homeless doesn't just mean sleeping on the streets

Rough sleeping – rough sleeping is what most people associate as being homeless. This is when people have no other choice but to sleep on the street. In 2019, over 4,000 people were sleeping rough in England. This is the most severe type of homelessness and is a killer, especially in winter. Over the course of the pandemic the government increased funding to get people off the streets, but the number of rough sleepers is still far higher than 10 years ago.

Statutory homelessness – statutory homelessness is the main type of homelessness and refers to those who are entitled to receive assistance from their local authority to prevent them from losing their accommodation. Temporary housing is often provided as the solution, but criteria is strict, with vulnerable groups and families typically only being eligible.

Hidden homelessness – hidden homelessness refers to those who are not eligible for local authority assistance and who end up either sofa surfing, living in hotels or hostels, or squatting. They are not counted in official homeless figures, but they’re thought to make up a big bulk.

In the case of those who are eligible to receive help from their local authority, temporary housing is typically offered. The length of time a homeless person or family stays in temporary accommodation is increasing, with people staying an average of 199 days until they are permanently housed.

One of the most startling facts about homelessness in the UK is that the average age of death is 43 for women and 45 for men. This is incredibly young and even more heartbreaking when you consider the leading causes of death are almost all preventable, including suicide, drug poisoning, and alcohol-related issues. With the right access to healthcare, these deaths could be prevented.

Rough sleepers are 17 times more likely to be violently abused

It’s not just the cold weather that poses a threat to the homeless – other people do. One in three rough sleepers has been hit or kicked on purpose, resulting in injury and scaredness amongst the community. Unfortunately, with a lack of funding and nowhere to go, they are defenceless.

Being homeless takes a big toll on people’s mental health, with the homeless population up to nine times more likely to commit suicide compared to the rest of the public.

The risk of suicide is much higher in homeless people because more than 80% say they suffer with mental health issues, many of whom receive no help.

75% of homeless people have a physical health condition issues

In addition to mental health issues, 75% of the homeless population have physical health problems which are often exacerbated by living with no fixed address. 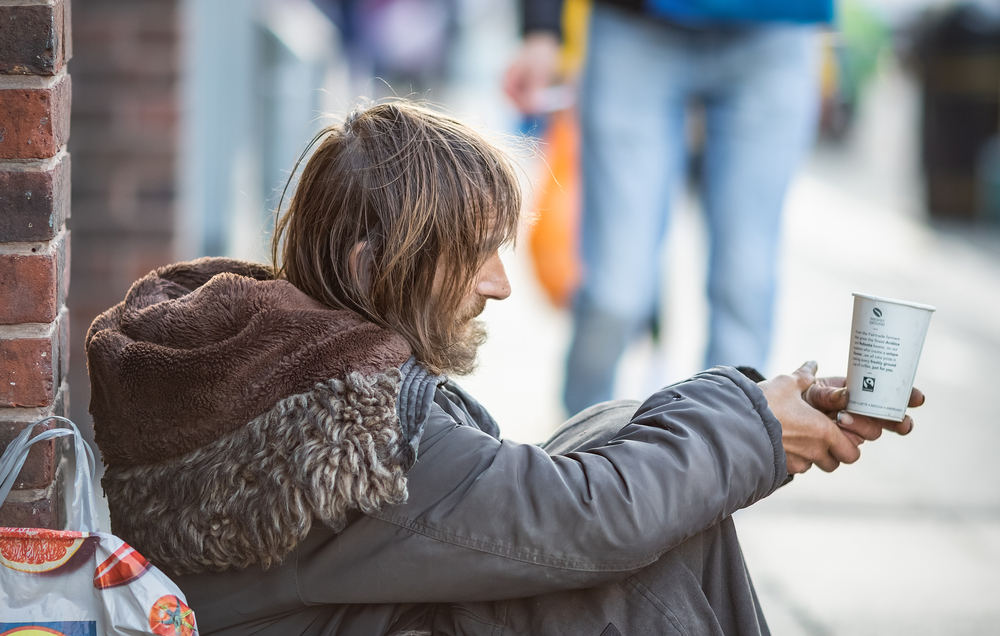 Homelessness funding is being cut at a drastic rate

In 2008/9, more than £2.9 billion was spent on homeless-related causes. In 2018/19, just £0.7 billion was spent. With such little funding for a growing problem, existing services are being stretched to the max, but the government support simply isn’t there. This means charities like us here at ILM are called upon to make a difference, but there are only so many people we can support.

We’d love to be able to aid every homeless person, but it just isn’t possible. As the number of homeless people increases, it’s likely even more will go without vital support.

Nine in 10 Britons think homelessness is a major issue

The lack of funding into homeless-related causes is not a reflection of the public’s opinion. In fact, three quarters of British people say homelessness needs more attention and funding.

How you can help

There are a few ways you can help the homeless in the UK, including by donating to a homeless charity who works directly with the UK homeless population. Other ways you can have a more direct impact include volunteering at a homeless shelter, handing out blankets, hats, scarves, gloves, and thermal socks, or asking a homeless person what food they like to eat and buying them something nourishing.

Homelessness is undoubtedly a crisis in the UK, but there are millions more people around the world also suffering. Once again, there are several ways you can make a difference to a vulnerable homeless person somewhere else in the world, including donating to a charity such as ILM. We will use your generous contribution to provide warm food, clothing, and shelter where possible to homeless people across the globe in the communities we work with. Together, we can eliminate homelessness in every country.

Whatever way you choose to support a homeless person, just know that you are making a positive difference to someone in need.