The State of Crisis Malawi 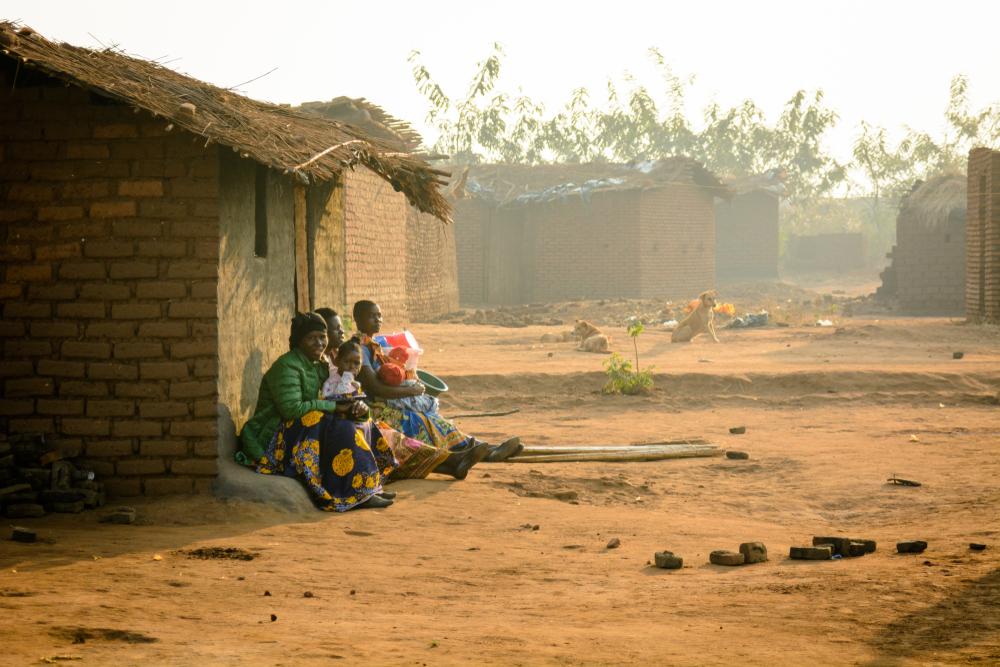 Described as ‘the warm heart of Africa’ landlocked Malawi is growing as a tourist destination. It is home to the ninth biggest lake in the world, Lake Malawi, which itself houses more fish species than any other lake, with more than 700 water dwellers having been spotted. The lake is surrounded by tropical beaches, making it one of the most picturesque locations in all of south-east Africa.

From baboons and elephants to leopards and hippos, the waters and forests of Malawi support one of the most diverse eco-systems on Earth. Sadly, the country is facing one of the worst humanitarian crises of all, highlighting the harsh reality that sits behind the glossy holiday images touted online.

People in Malawi are in desperate need of assistance, and we are here to support them using your kind donations. Unfortunately, there are several issues that contribute to the crisis in Malawi, all of which need attention urgently. As one of the charities working in Malawi, we use your kind donations to support those who need it, but the problems are far-reaching, and we still need your generosity to be able to alleviate some of the suffering.

With more than 50% of the population in Malawi living below the poverty line, and a quarter of people living in extreme poverty, it is one of the poorest countries in the world. More than two thirds of the country depend on agriculture as a means of income, but climate change and natural disasters mean that cultivating crops is difficult, therefore having a knock-on impact on the overall poverty levels.

Malawi goes through phases of food insecurity, but it is never far from famine. Due to seasonal changes, there is typically a ‘hungry season’ from January to April, during which time most Malawians try to stock up on essential resources to see them through. At times, agriculture has flourished so much that there was enough to feed the Malawians and to export to other countries too, but at present, the country is teetering on the edge of not being able to support its population.

There are several reasons for this, with a rapidly growing population, lack of irrigation, and infertile land being among the most prominent. With most Malawians living on less than $2 a day, they cannot afford fertiliser to replenish the land.

In 2001/2, Malawi faced the worst footage it has seen, with thousands of people dying. Maize production, which makes up 50% of most Malawian’s diets, drastically fell due to frequent droughts and floods, making it near on impossible to cultivate anything edible. In 1998 the government had set up the National Food Reserve Agency which was responsible for holding a large reserve of grain to prevent a shortage.

The grain was expensive to keep and was beginning to rot, and it far exceeded the amount needed to actually feed Malawians. Following good rainfall in 2000, the government was advised by the International Monetary Fund to sell the reserve because crops were plentiful that year. The stock was sold to private shareholders, and when tragedy struck in 2001/2, the private shareholders rocketed the price of maize.

Most people could not afford it, instead turning to eating crops that were harvested too early, selling possessions for a low cost, taking out unmanageable loans, eating livestock feed, and even stealing just to get by. The crisis was so bad that by 2005, around 11% of Malawians were being fed by international food aid.

Unfortunately, other food crises have since occurred, including in 2012 and 2015. Growing climate instability is likely going to influence another food crisis, and whilst Malawi is more stable today, it still relies on aid to alleviate the pockets of hunger.

Home to one of the world’s biggest lakes, Malawi shouldn’t be facing a water crisis, but it is. One in three Malawians do not have access to clean water, and a further 14 million don’t have a proper toilet. In a population of 18 million, that’s well over three quarters. A combination of poor sanitation and contaminated water means diarrhoeal deaths are common, especially in children, of whom 1,600 lose their lives every year.

Water pumps are being built by both the government and international aid charities, but millions of people still need support to help prevent the spread of diseases like cholera. Thousands of lives can be saved if the water emergency is tackled once and for all.

In addition to a climate emergency, mass food shortages, and an ongoing water crisis, many females in Malawi are at an added risk. According to a National Survey report, one in five girls under the age of 18 in Malawi have been sexually abused.

Up to 46% of girls in Malawi are forced into marriage before their 18th birthday, mostly to help elevate their families out of poverty. Furthermore 38% of 15-49 year-old women have experienced physical or sexual violence at least once.

This is a huge issue, and whilst the government has put legislation in place to try and protect girls and women, there is a lot of work to be done to change attitudes and empower women.

How You Can Help Malawi

There are lots of charities that help Malawi, including ILM. Please consider donating to our Malawi appeal so we can provide urgent food relief, clean water, healthcare, and protection for the most vulnerable members of the population.