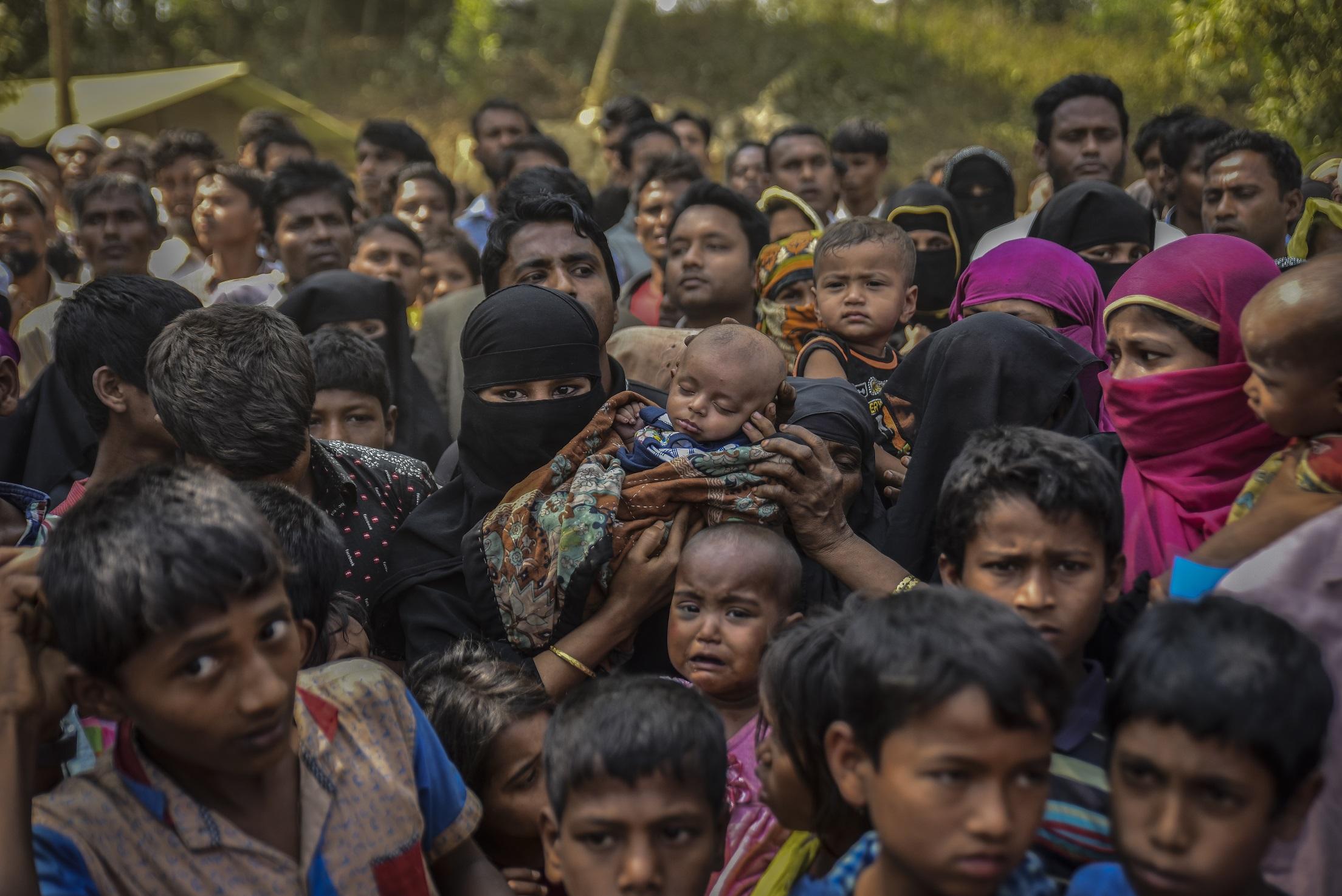 The Rohingya refugee crisis is described as “the most urgent refugee emergency in the world” since hundreds of thousands of people have been forced to flee from Myanmar to Bangladesh. This is due to conflict between Myanmar’s army and the supposed Rohingya militants, yet Rohingya civilians have also been victims of targeting. Upwards of half a million Rohingya Muslims either find themselves in the centre of the conflict or have no choice but to flee their homes. As a result, we must help Bangladesh this winter.

Our winter crisis in Bangladesh appeal revolves around providing support for struggling communities; however, our support relies on your donations. The already dire situation is only set to get worse as we approach the winter months. Your support for our winter charity appeal is more important than ever before.

Who Are the Rohingya Refugees?

The Rohingya people are a Muslim ethnic minority group in Myanmar and represent one million residents of Myanmar’s population of 52 million. They live in the region that borders Bangladesh and India, known as the Rakhine state. Despite this, the Rohingya Muslims aren’t among the 135 officially recognised ethnic groups in Myanmar’s census, meaning they’re not eligible for citizenship. Consequently, they’re considered stateless and aren’t provided protection or legal rights, which inevitably places them in vulnerable positions.

Rohingya families are more susceptible to gender-based violence, child marriage, child labour, human trafficking, and other forms of abuse and exploitation. Your generous donations to our winter emergency appeal can contribute to an otherwise helpless child’s protection.

What is theRohingya Refugee Crisis?

Because Rohingya Muslims are commonly forced to flee to Bangladesh, they have no choice but to take refuge in crowded camps. These camps are located in areas prone to natural disasters and, due to their overcrowded nature, entire communities can be devastated as a result. Similarly, refugees are more prone to seasonal illnesses that can be detrimental to their health, as social distancing is an impossibility.

In addition to these constant impending worries, multiple refugees are struggling to recover from traumatic experiences. These include the dangers of displacement, the loss of loved ones, and the fear of abandonment. Such struggles are only escalated by the inability to obtain basic living necessities.

What Caused the Rohingya Refugee Crisis?

In Myanmar, the Rohingya Muslims have been subjected to ongoing discrimination and violence that has worsened as the years have progressed. As a result, thousands of Rohingya have fled in search of a better life or been forced out of their homes.

How Many Rohingya Refugees are in Bangladesh?

There are currently 1.1 million Rohingya refugees in Bangladesh, meaning that the refugee camps and the country are overwhelmed. On top of the refugees, 200,000 members of the Bangladeshi community are in need of aid due to the strain that the country and its resources are being subjected to.

Your human aid winter appeal donations can alleviate some of the pressure that Bangladesh’s resources are facing by facilitating the distribution of medical supplies, food packages, and clean drinking water.

Bangladeshi refugee camps are among the most crowded areas in the world, with up to 40,000 people inhabiting one square kilometre. A minuscule 10-by-16-foot shelter typically accommodates a family of five or more, and an outdoor latrine is shared between 20 people. Consequently, refugees are forced to endure long queues to perform simple tasks such as bathing, cooking, and washing clothes.

Bangladesh falls victim to very dusty conditions all year round, resulting in fatal respiratory infections. This problem is only amplified in winter, with seasonal illnesses such as colds and cases of flu manifesting themselves. These respiratory viruses spread much faster in colder temperatures.

In the cramped conditions of the refugee camps, social distancing is virtually impossible, resulting in the further spread of these viruses. Additionally, the minimal access to water means that people can’t regularly wash their hands, allowing harmful bacteria to breed on surfaces. As well as this, the stateless status of the refugees makes medical care difficult to access, meaning thousands die from preventable and treatable seasonal illnesses.

Winter viruses are not the only cause for concern within the Rohingya community; acute watery diarrhoea is a recurring illness that, when paired with malnutrition, can be deadly. In addition to an endless list of life-threatening infections, women and teenage girls must bear the brunt of an extremely culturally conservative community. Female members of the community aren’t accepted as breadwinners and must instead be homemakers, relying on their male counterparts for financial aid. As a result, they’re more susceptible to trafficking, exploitation, child marriage, domestic violence, and other forms of assault.

How Can You Support the Rohingya Refugees this Winter?

You can give the gift of warmth to children in need of clothes and warm blankets for winter by donating to ILM. This is a winter clothing, winter blanket, and winter coat appeal, as we don’t want to see any children fall victim to the cold this year. Unfortunately, winter as a refugee is far from a comfortable time, which is why we ask that you donate to our winter appeal for Rohingya refugees today.