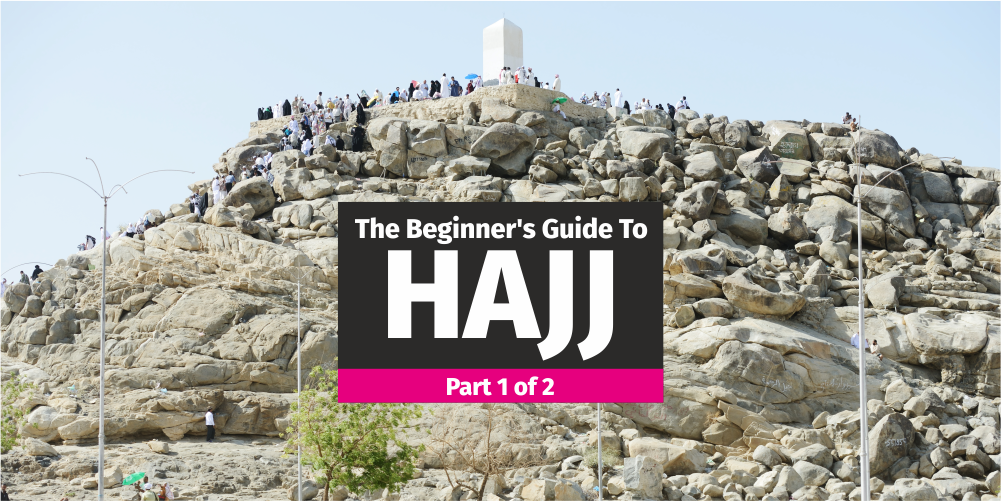 The Messenger of Allah (saw) told us that there are five pillars in Islam. These pillars are five acts of worship that are expected for every Muslim to carry out. Hajj is one of them, but unique in that it is only required once in a lifetime, as opposed to the other pillars, which are required on an ongoing basis. Nevertheless, Hajj itself is a great spiritual as well as a physical experience, and if done correctly, can give long-lasting effects to the one who performs it.

'Amr ibn Al-'Aas (ra) was a late-comer to Islam. He was an active enemy of the Messenger of Allah (saw), filled with hatred, and wishing every opportunity to damage Islam. When Allah (swt) finally opened his heart to Islam, he came to the Prophet (saw) to give him bay'ah. This is a pledge of allegiance, and acceptance of Islam. The Prophet (saw) welcome him, after all, 'Amr was a well-known and prominent figure of the Quraysh and had good connections with the wider political establishments outside of Arabia too. He instructed 'Amr to give bay'ah, which is performed by placing the hand on the Prophet's (saw) hand and then to give Shahadah. 'Amr put his hand out, but then withdrew. He was concerned about his previous activities, which included causing issues for the Muslims. He queried the Messenger of Allah (saw) about his previous deeds and what would become of him. The Prophet (saw) said:

So Hajj itself (if done correctly), will wipe away the sins of all that were accumulated before it, and for all of us, that is an enormous blessing. Every single person who has ever lived has committed a mistake or sin of some sort, yet Hajj wipes away everything that came before it.

What does Hajj consist of?

Hajj is a pilgrimage that is carried out over five days - between the 8th to the 12th of Dhul Hijjah. There is no Eid on the 10th of Dhul Hijjah for the one who is performing Hajj, neither is there the Eid prayer or sermon. The major acts that need to be done are as follows:

Ihraam - the clothing to be worn

For men, it is to be two pieces of white, unstitched cloth, one for the lower body, and one for the upper. For women, it is common to wear black simple clothes which cover the whole body except for the face, hands, and feet.

The word 'Ihraam' comes from the word 'Haraam' since wearing the Ihraam will make certain acts Haraam for the one who wears it. He/she must not carry out any bad habits such as smoking, swearing, etc, and the Ihraam cannot be removed until the required acts of worship are not completed. The Ihraam also encourages equality as no rich or poor man can look any different, and through its simplicity shows vulnerability. This vulnerability in itself lowers the pilgrim in front of Allah (swt), who is pleased to see His servant in the basic of clothing. The Ihraam proves that Allah (swt) looks past your wealth and appearance, but looks at your heart and actions.

Two units of prayer followed by the intention of performing Hajj

Two raka'aat (units of prayer) are performed, followed by a du'a and the intention of performing Hajj. Normally the first intention to visit is the intention of 'Umrah, followed by a few days in Makkah, and then another intention of Hajj. The 'intention' is based on the act of worship that is to follow, not the overall intention. The pilgrim must ask Allah (swt) for His protection and to make the Hajj easy.

The pilgrims are doing all of this for the sake of Allah (swt), spending time, money, and effort. Allah (swt) doesn't need any of that, but ultimately He wants to see obedience and submission to Him. Therefore, the beginning has to be free from all desires other than to seek forgiveness and reward from Allah (swt). One must put aside everything for Hajj to gain from it and the intention must be sincere.

After the intention for performing Hajj has been made, the Talbiyah is recited. The Talbiyah needs to be recited through the following days of Hajj and is something that needs to be said out loud for men only and is as follows:

Staying in the camps of Mina

Mina is situated just outside the city of Makkah. The Saudi government has set up camps there for the Hujjaaj (pilgrims), and large groups would share some basic amenities for this small stay. On the 8th of Dhul Hijjah, pilgrims make their way to Mina, where they will stay for one day and one night, remembering Allah (swt) and doing as much extra worship as required.

After praying Fajr the next day on the 9th of Dhul Hijjah, pilgrims will make their way to Arafah, the sacred ground. It is a barren land and nothing grows there. However, it plays a great significance in Islam, as all Prophets visited this land. Being in a barren land, with plain clothes, the burning Sun, thirst, and tiredness, makes you more aware of just how fragile you are. Looking around, many people are raising their hands to the sky and asking forgiveness and mercy from Allah (swt). This is a significant day, and Allah (swt) forgives more people on this day than any other day, so it is important to make the most of it. The Messenger of Allah (saw) said:

“There is no day on which Allah ransoms more slaves from the Fire than the Day of ‘Arafah. He draws closer and closer, then He boasts about them before the angels and says: ‘What do these people want?’” (Sunan Ibn Majah)

Follow on to Part 2 to read the remaining guide to Hajj.