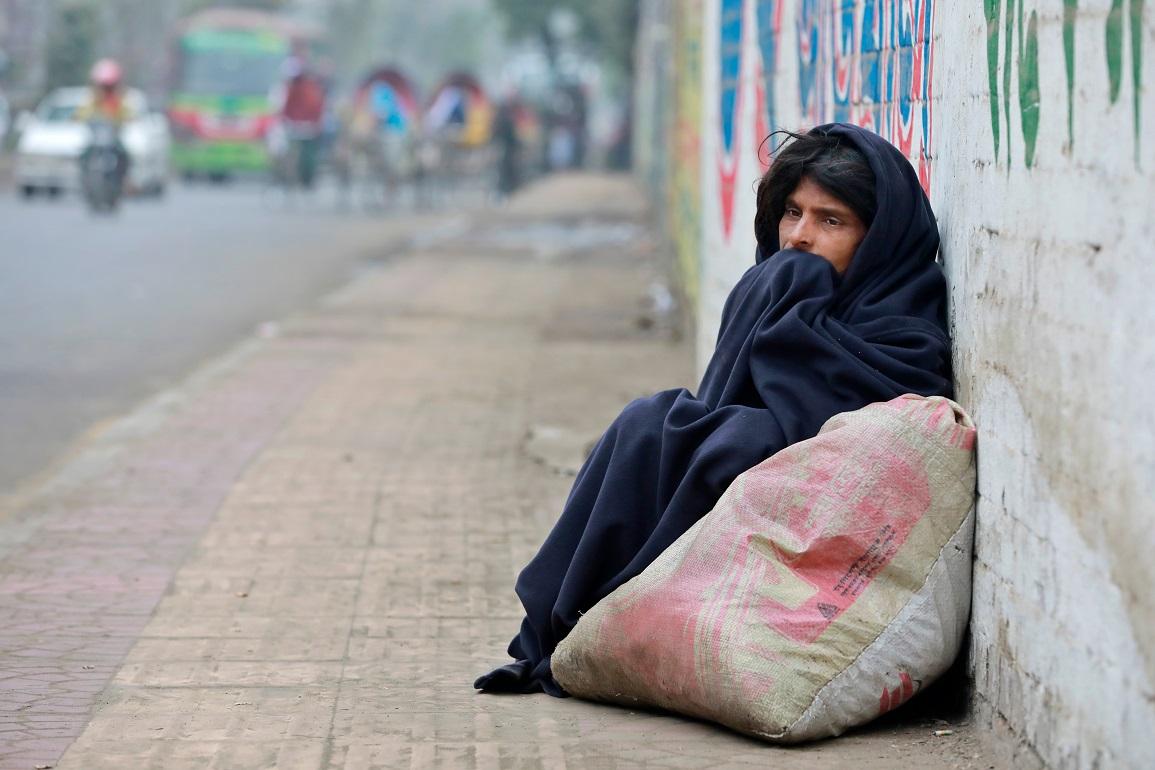 India has the second largest population worldwide and is the seventh biggest country in the globe. Despite being the fifth most prosperous country in the world, over 800 million of a population of over 1.4 billion are considered poor. This means that healthcare facilities are not adequately funded to protect people in poverty, resulting in thousands of deaths from curable seasonal illnesses. Similarly, homelessness, inadequate shelter, and the water and hunger crises put communities in vulnerable positions, leaving them susceptible to illness and suffering.

Though the situation is dire all year round, winter in India poses a greater threat of the transmission of diseases such as flu, COVID-19, and pneumonia. Each of these is a preventable and treatable illness when aided with the correct facilities and medicines. Unfortunately, much of India is not wealthy enough to access both the means of prevention and treatment, causing thousands to suffer and eventually die from these conditions.

The Threat of Winter Illnesses

Here in the UK, we find that we’re inconvenienced by more viruses in the winter, such as the common cold and flu. Despite this, even in the worst circumstances, most of us will spend a few days in bed with weak muscles and a runny nose. Unfortunately,the communities we work with are also more prone to illness in the winter; however, many don’t have a warm bed to retreat to. Similarly, they’re unable to drink plenty of fluids, eat nutritious food, or take any over-the-counter remedies. As a result, they’re forced to suffer through these viruses and, for some, the consequences can be deathly.

We know that influenza can be deadly to the most vulnerable members of society, which is why the annual flu vaccine is offered to anyone over the age of 65, those with health conditions, pregnant people, and other susceptible individuals in the UK. In India, however, their healthcare systems don’t receive this same funding, meaning those in poverty don’t receive the flu vaccine and are forced to combat the effects of this illness alone. Many lose this battle and find themselves dying from influenza.

Meanwhile, in the UK, around five to 11 out of 1,000 people get pneumonia, and it’s often treated and cured with rest, antibiotics, and lots of fluids. In contrast, one in three deaths in India is caused by pneumonia, and it’s the leading cause of infant deaths. In fact, as many as 200,000 children under five lose their lives to pneumonia in India. Pneumonia typically affects the poorest members of society in India, and they’re unable to access the healthcare they need to get better.

For a healthy individual with comfortable living circumstances, the common cold is frustrating, but it’s not life or death. For a starving, dehydrated, cold, and homeless person, the common cold could be what ends their life. Very few of us have feared for our lives upon getting a cold, but in India, this is a common occurrence.

Finally, COVID-19 has faded into the background in terms of news coverage; however, it’s still a very real illness and one that people across the globe are still dying from. India is no exception. As with the aforementioned viruses, COVID-19 is a curable illness that healthy individuals can recover from, but for the poorest members of Indian society, this simply isn’t an option.

The living conditions in the impoverished areas of India only facilitate the transmission of these illnesses due to cramped and crowded conditions in which proper sanitation can’t be achieved.

The Effect of Climate Change

In addition to the pandemic, India is under constant threat of natural disasters that are only exacerbated by climate change. Typically, floods will occur in warmer temperatures, yet climate change has meant that weather conditions are unpredictable. Therefore, floods can also occur in winter, and upwards of 70% of India is prone to floods. Similarly, 60% is prone to earthquakes, meaning those already struggling from the threat of winter can be devastated by unpredictable natural disasters.

The Issues with Poverty

Firstly, the crowded conditions of many Indian communities make the transmission of winter illnesses inevitable. Similarly, the lack of access to clean water means that people are unable to wash their hands regularly, contributing to the spread of harmful bacteria. As well as this, families cannot rely on comfortable shelter, nutritious food, ample hydration, and medical treatment to keep illnesses at bay as they can’t afford these basic amenities.

The Effect of Climate Change

In addition to the pandemic, India is under constant threat of natural disasters that are only exacerbated by climate change. Typically, floods will occur in warmer temperatures, yet climate change has meant that weather conditions are unpredictable. Therefore, floods can also occur in winter, and upwards of 70% of India is prone to floods. Similarly, 60% are prone to earthquakes, meaning those already struggling from the threat of winter can be devastated by unpredictable natural disasters.

How You Can Support India

Your donations in India will support Indians in tackling the vicious threat of winter. This will go towards creating a better life for Indian families, especially vulnerable children, during such a challenging time.

You can donate to our Winter Appeal to ensure that the people of India survive this bitter winter.