Make the Quran your Companion 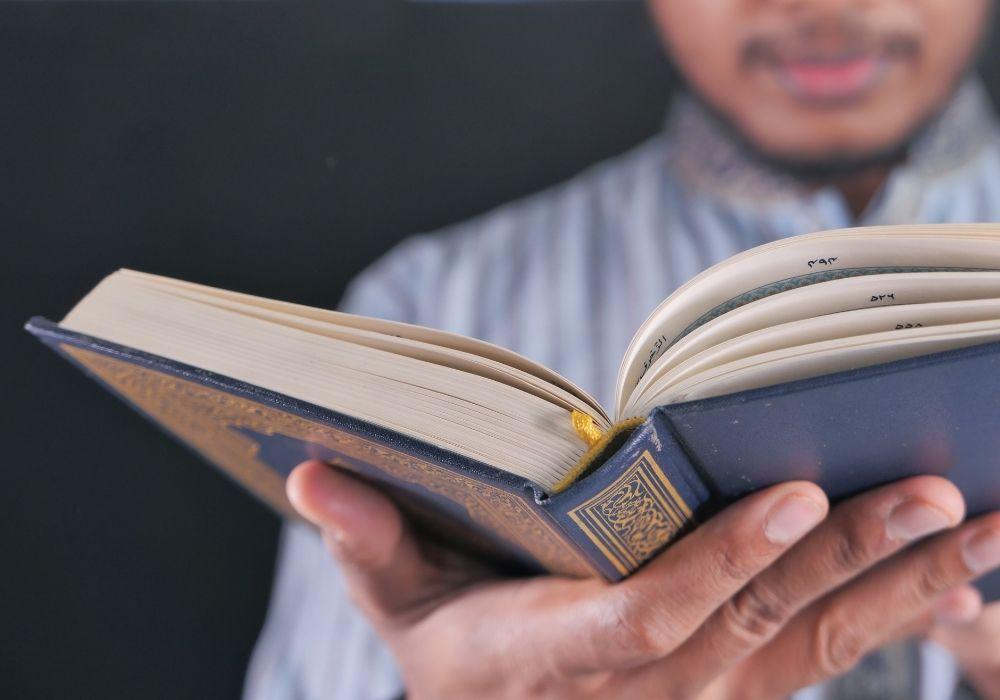 Many of us don't give the Quran its due attention, and it is necessary to understand the effects and losses of under-valuing the importance of making the Quran your companion.

The Quran forms both spiritual and physical guidance for us. Sent by Allah (swt) and revealed to the Prophet Muhammad (saw), it has been the root of all Islamic knowledge and the foundation of the beliefs of every Muslim.

Many of us don't give the Quran its due attention, and it is necessary to understand the effects and losses of under-valuing the Quran. Allah (swt) mentions right at the beginning of the Quran:

In this verse, we can clearly understand that the Quran is the primary source of guidance, and it will guide those who are mindful of Allah (swt), who contemplate and think about Him (swt), to the straight path. Allah (swt) can't make any errors, so the verses revealed are factually correct. If we cannot understand them, it is because of our shortcomings. Therefore, there cannot be a better guide than the One who created us.

The Companions (ra) of the Prophet Muhammad (saw) were true examples of people who had attached themselves to the Quran. They recited it day and night and would take every verse very seriously. To them, it wasn't just stories and words. For them, it was in fact a means of connection with Allah (swt). They could feel His presence and they truly built an understanding of the position of Allah (swt) and His Supremacy.

The ˹true˺ believers are only those whose hearts tremble at the remembrance of Allah, whose faith increases when His revelations are recited to them, and who put their trust in their Lord." (Surah Al-Anfaal)

The Companions (ra) of the Prophet Muhammad (saw) connected their hearts to the Quran and to Allah (swt) so much so, that they applied each and every commandment by Allah (swt) with sincerity, and to the best of their abilities.

The unique importance of the Quran

The Quran is the words of Allah (swt) and has been preserved by Allah (swt) meaning that it can never be changed. If someone even tries to do it, it will result in failure. Either it will never take off, or many Muslims around the world will be able to prove that the fabricated verses are indeed false. So picking up the Quran today will be the same as the one which was revealed to the Prophet Muhammad (saw). Its authenticity counts for everything.

Secondly, we must understand that the Quran is guidance for every aspect of our lives. It puts into context historical events, and it prepares us for future events. So the contents of the Quran are concise and instruct us how to live our lives and the method of addressing any issue. The Quran is the instruction manual we need in our lives.

Thirdly, we must understand that Islam is not a cult, not just a desirable belief - it is reality. The reality is that we are the Creation of Allah (swt) and we belong to Him. He (swt) only wants to guide us and teach us how to live as honourable beings, as opposed to a way without rules, without order. He (swt) wants to also forgive us and grant us a place in Jannah. The Quran is the key to that.

"The best talk is Allah's Book (Quran), and the best guidance is the guidance of Muhammad." (Sahih Al-Bukhari)

The Quran can never be taken from you

The Quran is made up of verses by Allah (swt). The Quran is written in the most excellent way and flows from the tongue like no other language. It is no wonder that millions across the globe memorise the Quran or portions of it. Whenever one wants to connect with Allah (swt), he/she can recite verses of the Quran in a melodious tone. Whoever recites the Quran will vouch for just how much it relaxes you. These are because of the blessings of the words of Allah (swt). Imagine if one day, everything was taken from you - everything but whatever is in your heart. The Quran remains with you so long as you keep reciting it, and it brings tranquility to your heart.

Al-Bara' reported that a person was reciting Surat al-Kahf and there was a horse tied with two ropes at his side, a cloud overshadowed him, and as it began to come nearer and nearer his horse began to take fright from it. He went and mentioned that to the Prophet (saw) in the morning, and he (the Holy Prophet) said: "That was tranquillity which came down at the recitation of the Quran." (Sahih Muslim)

Reciting the Quran is virtuous and full of good deeds

Every time we recite the Quran, we gain good deeds. Each letter counts as ten good deeds, so the more we recite, the more good deeds we earn. By just reciting wherever we are can help us to increase the number of good deeds we have exponentially with little effort.

"Such a person as recites the Quran and masters it by heart, will be with the noble righteous scribes (in Paradise). And such a person exerts himself to learn the Quran by heart, and recites it with great difficulty, will have a double reward." (Sahih Al-Bukhari)

Let's use Ramadan, the month of the Quran, to be an opportunity for us to rethink how we can develop our connection to the Quran. Let's aim to memorise more, to recite more, and most importantly to understand the message that Allah (swt) is giving us. He (swt) wants to guide us, so let's not be among those who reject the guidance and think we are better. Let us not be among the ones who knew the Quran was there, but never took the chance to open it and read it. Ameen!

An opportunity to connect with the Quran

Consider sponsoring a student of Hifz, a child who memorises the Quran. Not only will you contribute to another preserver of the Quran but you will benefit for many years and gain reward whenever the Quran is read or taught to others. Many of our Hifz students go on to take positions as Imams or as teachers so take a moment to reflect on the multiplying reward potential!