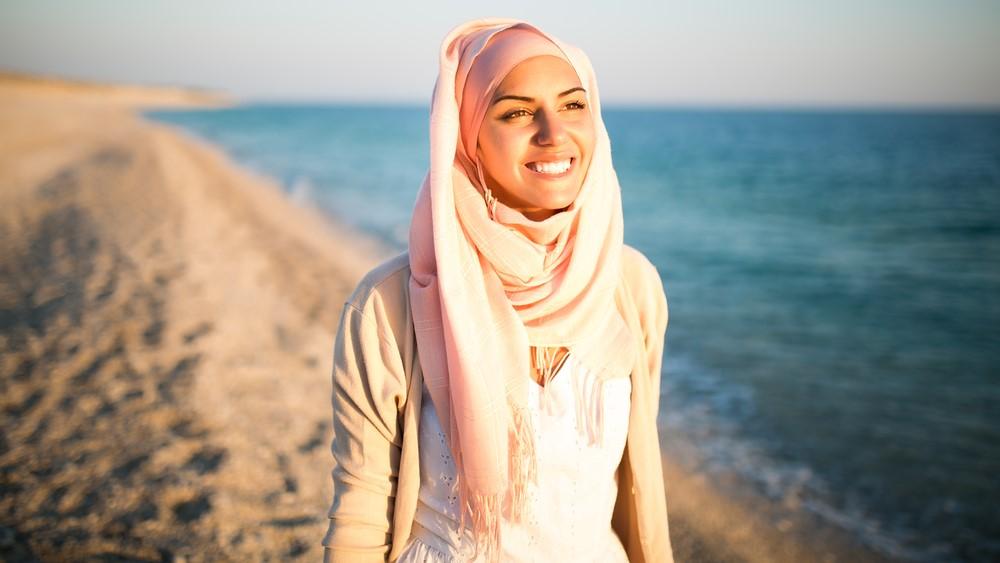 Staying healthy during Ramadan can be a tricky feat since you’re not even permitted to have a sip of water throughout the day. As a result, it’s vital to employ Ramadan nutrition tips so that you’re able to successfully complete your day’s fast..

In addition to this, there are various Ramadan tips that one can follow so that they’re able to exercise during the holy month. Whether it’s down to consuming healthy meals during Ramadan or maintaining your fitness levels, ILM is here to provide you with the top Ramadan fasting tips so that you can have a blessed month.

What to Eat for Suhur to Stay Full

Since Suhur is the pre-dawn meal that you consume ahead of the day’s fast, it’s this meal that must sustain you until sunset. When it comes to establishing what to eat in Ramadan and not get hungry, Suhur is arguably the most important element. It’s vital that you don’t fill up on simple carbohydrates and refined sugars, as these severely lack nutritional value and will lead to cravings later in the day. Instead, your Suhur should be well balanced and full of nutrients.

One of the most integral elements of a healthy Suhur is complex carbohydrates. Unlike simple carbs, complex carbs take a long time to digest, meaning that you’ll feel energised for longer. Consequently, you’ll feel more capable of activity throughout the day and won’t experience severe hunger pangs. Complex carbs can be found in oats and whole wheat bread.

Alongside complex carbs, you should also be incorporating fruit into your Suhur. This is because fruit contains plenty of fibre, vitamins, and minerals, allowing you to avoid stomach discomfort throughout the day. In addition to this, fruit contains natural sugars, meaning they provide you with a burst of energy in the absence of the sugar crash that comes with refined sugars.

Another way to ensure that you feel fuller for longer is by introducing protein into your Suhur. This can be achieved via the consumption of eggs and low-fat dairy products, which also successfully increase your immune system and repair body tissues. Furthermore, if you also eat foods that are high in calcium, your bones will be strengthened. 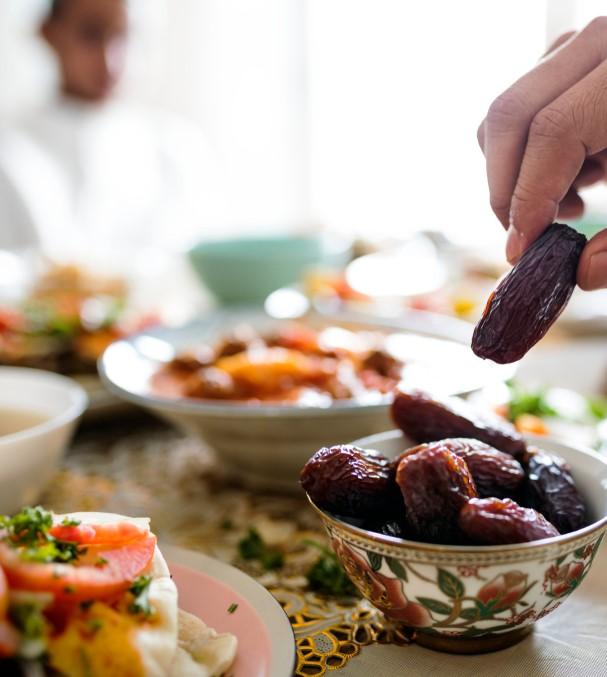 Finally, you should never underestimate the power and benefits of drinking plain water. Make sure that you’re drinking plenty of this during Suhur, which will keep you hydrated throughout the day. Not drinking water can be harmful when fasting for long days, and during Ramadan, we should be looking after ourselves, so drinking water during Ramadan is highly beneficial.

What to Eat in Iftar During Ramadan

As Iftar is the time in which you’ll be breaking your day’s fast, you need to ensure that you’re eating something that will replenish your energy levels. Traditionally, the fast is initially broken via the consumption of dates and water, as this is how the Prophet (SAW) broke his fast during the first Ramadan. Despite this, dates are the ideal food to break the fast, as they’re a great source of energy due to their high sugar content, and they’re also rich in potassium.

Following the eating of dates, it’s important to incorporate all major food groups into your Iftar, including vegetables, complex carbohydrates, and protein. Like fruit, vegetables are rich in fibre, vitamins, and minerals, which provide the body with a multitude of benefits that were previously touched on. Similarly, we’re already familiar with the benefits of complex carbs, and these can be introduced into your Iftar via wholegrain bread and pasta, as well as brown rice. Finally, you can ensure that your body is getting protein through fish, chicken, lean meat, eggs, and low-fat dairy products. As always, you should also ensure that you’re drinking plenty of water during this time in order to rehydrate after the day’s fast.

It can be tempting to indulge in lots of sugary, fatty, and salty foods once the sun sets; however, this temptation should be avoided, as it will hinder you in the following day’s fast. These types of food result in dehydration and cravings, which aren’t helpful to anyone looking to abstain from water and food.

How to Stay Hydrated

Can you drink water during Ramadan? This is a question many non-Muslims wonder, and the answer to this is that you can as long as the sun isn’t out. You cannot eat nor drink from dawn till dusk during Ramadan. Therefore, you should make up for all the daylight hours of not drinking once the sun has set. Despite this, it’s important that you don’t drink eight glasses all at once, as this doesn’t enable your body to retain the water. Instead, you should drink a few glasses throughout the night so that this water is stored for your body to use during the day. By the end of the day’s fast, it’s likely that you’ll be very thirsty and may be tempted to drink glass after glass of water; however, you should avoid this temptation.

In addition to topping up your water levels, you should avoid caffeinated and carbonated drinks. These will affect your insulin levels and ultimately dehydrate you later in the day. Similarly, these sugary drinks will cause you to put on weight, and the nutrition benefits are non-existent.

How to Balance Rest and Exercise

Exercising whilst fasting may not sound like a sensible idea; however, it’s vital when it comes to maintaining fitness levels. With this being said, this doesn’t mean that you should be doing intense cardio. Instead, you should do low-impact exercises such as walking, yoga, or Pilates. The timing of this is important, as you’ll inevitably feel dehydrated in the middle of the day. Therefore, exercising before or after your Suhur/Iftar is the most effective time to exercise.

You can read more about ILM’s exercise and Ramadan tips here.

Support the Needy with ILM

Unfortunately for millions of individuals across the globe, staying healthy simply isn’t a possibility in the complete absence of food and water. Donate to ILM to save someone from the dreaded fate of dehydration and malnourishment.