Have you been impressed by the Taraweeh recitation? 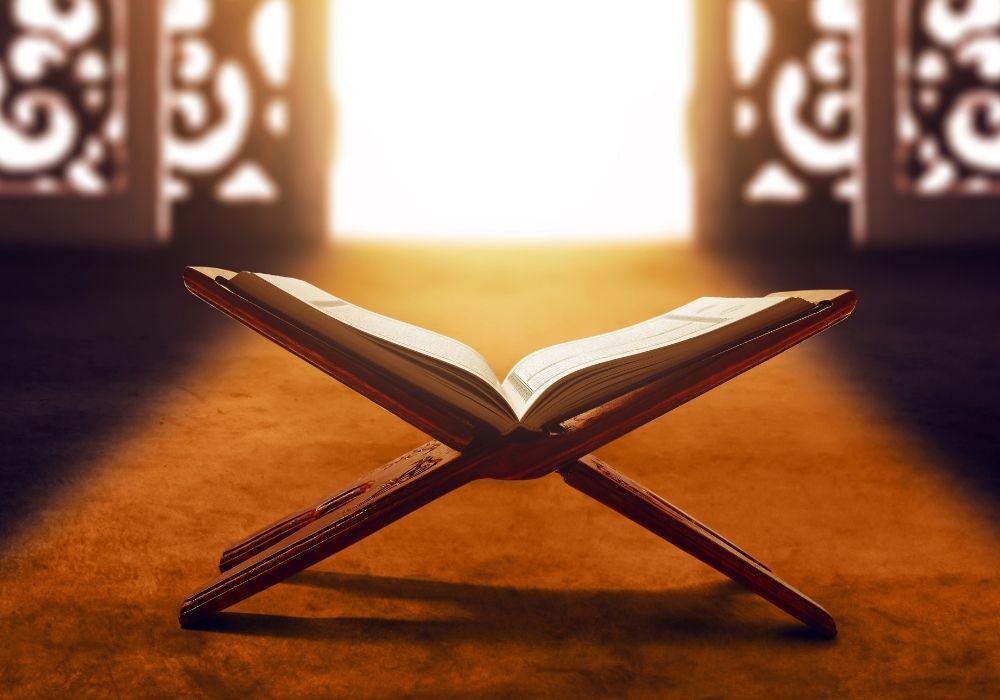 The Qur'an is the Word of Allah (swt), and it is perfect in every way. The Messenger of Allah (saw) used to enjoy reciting it as well as listening to it.

After finishing work for the day, opening the fast, and enjoying Iftaar, many Muslims prepare to go to the masjid for the night prayer ('Isha), which also includes a special prayer - Taraweeh. The Taraweeh prayer consists of many prayers, in which there is an extensive recitation of the Holy Qur'an, and only happens in Ramadan. In some masaajid, the Imam will recite the complete Qur'an and in some, there will be smaller portions. But in all cases, it is a great opportunity to listen to the Qur'an like no other time of the year.

The Qur'an is the Word of Allah (swt), and it is perfect in every way. The Messenger of Allah (saw) used to enjoy reciting it as well as listening to it. Every time the Qur'an was being recited, the reciter, as well as the listener, used to be filled with Khushoo' (a kind of tranquillity), and it used to penetrate their hearts to a state where they were in the peak of spirituality. The recitation of the Qur'an in such a beautiful way was one of the reasons why the Muslims felt this way, as a soothing and beautiful recitation filled their hearts with joy, just as it fills us today in our Taraweeh prayer.

Ibn Mas`ood (ra) reported: The Messenger of Allah (saw) said to me, "Recite the Qur'an to me.'' I said: "O Messenger of Allah! Shall I recite it to you when it was revealed to you?'' He (saw) said, "I like to hear it from others.'' Then I began to recite Surat An-Nisaa'. When I reached the Ayah: `How will it be when We shall bring a witness from every people and bring you as a witness against them?' he (saw) said, "Enough! Enough!'' When I looked at him, I found his eyes were overflowing with tears. [Al-Bukhari].

The Messenger of Allah (saw) said: “Adorn the (reading of the) Qur’an with your voices.” (Abu Dawood)

So what can we do to replicate this? Why can we not enjoy the Qur'an ourselves with our own recitation? There is no reason why we can't, and it is much easier than you think! But before we look at some tips on how we can become great reciters, here is a beautiful hadeeth to get you motivated:

Tajweed is the science for the recitation of the Qur'an and outlines important rules. Although it can take a while in learning Tajweed, start off with just the alphabet. Mastering just the alphabet is the foundation for good recitation. Learning to pronounce each letter properly will drastically change how you read the Qur'an and what you could have expected the Messenger of Allah (saw) and his Companions (ra) to have recited as. You can find many tutorials online as well as videos on YouTube to help you get started.

Listen to recitations of the Qur'an regularly

Added to the rewards of listening to the Qur'an recited, your mind will also familiarise itself with two things:

Just like the method of memorising songs, we can apply the same technique to the Qur'an. Listening to the Qur'an develops familiarity, and naturally, we want to replicate what we like to hear. This method is so effective, that you will definitely start memorising Qur'an much quicker, and you will try to copy exactly what and how the reciter is reciting the Qur'an. Add the learning of basic Tajweed, and you will definitely be on your way to becoming a real reciter!

Study the meaning of the Qur'an

There is not a single person who doesn't understand Arabic and wishes that he/she understood why the Imam is crying when reciting the Qur'an. Everyone's heart trembles when they hear the reciter crying, but don't you ever think why he is crying? At that moment you wish that you knew so that you could feel the exact same way. On many occasions, the verses of the Qur'an can be so profound, that it resorts us to tears. That is a level of spirituality that can only be reached when we understand what we hear or recite.

Taking time out to study what is being recited or what we are reciting can greatly impact the way we recite the Qur'an. Since there is no fixed melody to the recitation of the Qur'an, it is something that comes from the heart. You will find that when you recite something that is close to your heart, you will recite and emphasise certain verses more than others. For example, if you are affected by a verse that talks about the mercy of Allah (swt), and at that moment in time, you want to ask for His mercy and forgiveness, you will inevitably recite that verse with much more emphasis than another verse. That emphasis alone is enough to make you connect with the Qur'an more, as well as recite in a slightly altered, more emotional melody.

Regular recitation helps greatly in mastering your recitation. It also ensures that you will keep remembering the Qur'an and that it will stay with you. The Qur'an will bring you satisfaction and accompany you. It will guide you and protect you. Forgetting verses of the Qur'an can be detrimental to the flow of the recitation of the Qur'an, and it is important to keep reciting. We can recite at almost any time, any place, silently or aloud. But regularly doing this, will ensure that we become better at our recitation, and becoming better at something makes us enjoy it more.

The Messenger of Allah (saw) said: “Keep refreshing your knowledge of the Qur’an for [I swear] by the One in whose hand the soul of Muhammad is, it is more liable to escape [from memory] than camels do from their hobbles.” (Al-Bukhari)

Love for the Qur'an and its recitation is something that we all have. The Imam that we listen to would have spent years practicing in a Madrassah or school of some sort in order to become a Hafidh. ILM is supporting young children to become religious leaders for the Ummah. Why not support our project? It will ensure that future generations have the beautiful reciters of the Qur'an just like we did!