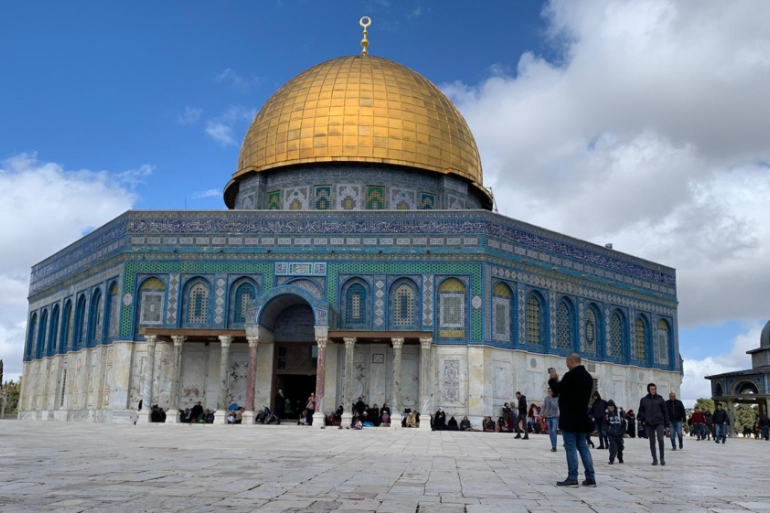 Masjid al Asqa is the third holiest site in Islam. It is in the Old City of Jerusalem and dates back to 705 AD. The site holds great significance because it is thought to be the second prayer house ever constructed after Mecca’s Masjid al-Haram. Its significance lies in the fact that it was here Prophet Muhammad (PBUH) engaged in prayer. Following his prayer, he ascended to heaven and met Allah (SWT), various angles and several other prophets.

In the modern day, the location where the Prophet (AS) ascended to heaven to meet our creator is located underneath the dome of the Rock Masjid, in the centre of the mosque complex.

For this reason, it is an extremely holy site for Muslims and is held in high regard. Unfortunately, throughout the years, the mosque has needed multiple renovations either due to natural disaster-related damage, or due to conflict.

Many of the mosque’s doors and windows have been damaged, and over £300,000 of damage to the building has been incurred – much of which still needs repairing.

The Prophet (saw) was asked: "If one of us cannot visit it (Al-Aqsa), what should we do?" He (saw) said: "Then he should make a gift of some oil to be lit therein [in its lamps]. For indeed the one who gifts this to it will be like the one who has prayed therein [worth 1,000 prayers]." [Ahmad]

Our Masjid al Asqa appeal ensures that we are able to restore this great mosque to its former glory, making it a safe and beautiful place to worship and get closer to Allah (SWT). Preserving this sacred spaced carries the reward of praying there - worth 1,000 prayers!

You can give make a Masjid al Asqa donation on behalf of yourself or a loved one, reaping its incredible rewards for years to come, in sha’ Allah!